How much is Michael Savage Worth?

Michael Savage net worth and salary: Michael Savage is an American radio host, author, and political commentator who has a net worth of $50 million dollars. Michael Savage is most widely recognized for his radio show, "Savage Nation", and the related series of books he has released promoting "conservative nationalism". Interestingly. Michael's son Russ Weiner is the billionaire founder of Rockstar Energy Drink. Savage was born Michael Alan Weiner in The Bronx, New York in March 1942. At the peak of "Savage Nation", his show had an audience of nearly 10 million per day and was broadcast on 400 radio stations in the United States. Savage holds a Ph. D. from the University of California, Berkeley in nutritional ethnomedicine and master's degrees in medical botany and medical anthropology from the University of Hawaii. He characterizes his views as conservative nationalism and has said he can describe his political philosophy in three words: borders, language, and culture. He supports the English-only movement, opposes illegal immigration to the U.S., and says that progressivism and liberalism are degrading our American culture. In 2009 Savage was banned from entering the United Kingdom. His radio show was taken off the air in 2012 and he subsequently announced a new deal with Cumulus Media Networks to return the show. Michael Savage has written 40 books including two #1 New York Times bestsellers. In 2014, Savage aroused even further controversy by setting his sights on sufferers of post-traumatic stress disorder, calling sufferers of that condition "weak" and drawing parallels between their plight and the Obama administration. In March of 2017, Savage released what he professed would be his last book in the political sphere: Trump's War: His Battle For America. 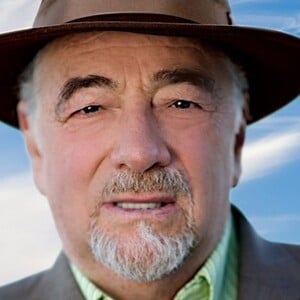