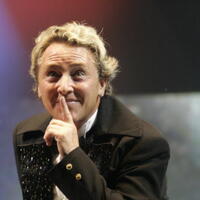 What is Michael Flatley's Net Worth?

Michael Flatley is an Irish-American dancer and choreographer who has a net worth of $350 million. Michael Flatley is well-known around the world for creating touring dance shows such as "Riverdance" and "Lord of the Dance," among others, which have collectively grossed over $1 billion.

Flatley was born on July 16, 1958 in Chicago, Illinois. His parents, Michael and Elizabeth, were both born in Ireland but immigrated to the United States in 1947. The couple had five children together, with Flatley being the second eldest. The couple shared their Irish heritage with their children, as the father, a plumber by trade, would often play Irish music at home. Flatley's mother was a traditional Irish step dancer and his grandmother a champion dancer back in Ireland.

When Flatley was 11, he began learning dance at the Dennehy School of Irish Dance in Chicago while he also attended a private Catholic school, Brother Rice High School. At the age of 17, Flatley won the World Irish Dance competition, the first American to ever do so. He had also been learning the flute since childhood and won the All-Ireland Fleadh Cheoil concert flute competition in 1975 and 1976.

In addition to music and dance, Flatley was involved in a number of other activities in his early life. In 1975, he competed in the amateur boxing Chicago Golden Gloves tournament. He also made money as a stockbroker and a blackjack gambler.

Flatley began touring with Green Fields of America as a musician and then with The Chieftans in the 1980s. He eventually caught the attention of the then president of Ireland, Mary Robinson. She invited Flatley to create an intermission show for the 1994 Eurovision Song Contest which was held in Ireland that year. Flatley, along with Jean Butler and the vocal ensemble Anúna, created a seven-minute performance which was so well-received that he then decided to expand it into the full-length production, "Riverdance." Flatley choreographed the show and also starred in it as a lead performer.

In 1995, Flatley moved on from Riverdance following a salary dispute and created his own show called "Lord of the Dance" set to music by Ronan Hardiman. This show premiered in 1996 in Dublin and was designed to be performed in large arenas and stadiums in addition to theaters and was a massive success. By 1997, Flatley had earned over 36 million pounds. 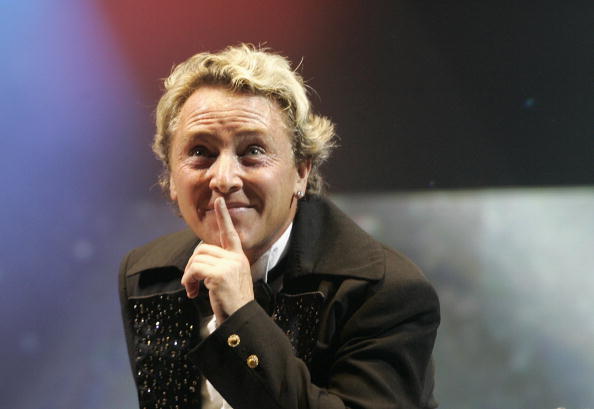 Following his success with the show, Flatley decided to expand the show by adding new performances and rebranding it as "Feet of Flames." This show toured both Europe and the United States in 2000 and 2001.

Flatley's next show was entitled "Celtic Tiger Live," which opened in July of 2005 and focused on the history of Ireland and Irish emigration to the United States. It included more styles of dance than previous shows but retained many of the popular elements from the past, such as Flatley's flute solos. The show's tour was cut short, however, after Flatley fell temporarily ill.

Over the next few years, Flatley worked on a number of different projects, including a performance on the popular television competition "Dancing with the Stars," as well as a guest-hosting spot. He also returned to the stage in 2009 and 2010 with reworked versions of "Feet of Flames" and "Lord of the Dance," which featured new costumes, lighting, and set designs. "Lord of the Dance 3D" was released in movie theaters and on DVD in 2011 and captured the live performances of the show in London, Berlin, and Dublin. The same year, Flatley also released an album of his flute performances titled "On A Different Note."

In 2014, Flatley reworked "Lord of the Dance" again, this time calling it "Lord of the Dance: Dangerous Games" and featuring music by Gerard Fahy. Flatley was only able to appear in two of the numbers in the show however, due to irreparable damage to his vertebral column, in addition to other injuries. In 2015, Flatley embarked on a farewell tour in the United States, with is final performance in Las Vegas in 2016.

Flatley has received much recognition for his contributions to music, dance, and spreading Irish culture and heritage. In 2001, he was the first recipient of the Irish Dancing Commission Fellowship award, as well as a Fellow of the American Irish Dance Teachers' Association. He was also named the Irish American of the Year in 2003 by "Irish America" magazine. University College Dublin gave him an honorary doctorate degree in 2004 and he also received the Ellis Island Medal of Honor. In 2008, The Variety Club of Ireland named Flatley Entertainment of the Decade. He was also inducted in 2011 into the Irish America Hall of Fame.

Flatley married Beata Dziaba in 1986 and remained together for 11 years before divorcing in 1997. He later began dating dancer Niamh O'Brien who had performed in several of the shows Flatley created. They got married in Ireland in 2006 and had a son together in 2007.

In 2001, Flatley purchased an old Irish estate house, Castlehyde, which had originally been owned by the first president of Ireland, Douglas Hyde. The house was in derelict condition when he purchased it for 3 million pounds and Flatley spent over 45 million pounds renovating and furnishing it with antiques and artwork. He also bought a mansion in London for 28 million pounds, as well as properties in New York, Villefranche-sur-Mer, the Caribbean, and Beverly Hills.