Mercedes "MJ" Javid net worth: Mercedes Javid is an Iranian-American real estate agent and reality television star who has a net worth of $5 million dollars. She is best known for being one of the original cast members of the hit Bravo reality series, Shahs of Sunset. Born in 1972, Mercedes Javid, also known as "MJ", is a high-end real estate agent who currently lives in an area of the Hollywood Hills, known as "Tehrangeles".

The area gets its name from the vast number of Iranian immigrants that have settled in this part of Los Angeles. Mercedes earned a BA in English Literature from Cal State University, Northridge in 2002. Two years later, as part of a youthful bad decision, she was convicted of bank fraud in 1994. She often clashes with her mother, who insists on having a more Persian way of life, but has a very close relationship with her father. Mercedes Javid is known to party hard and then to regret it the next morning, as she often has to work quite early. She and fellow cast member Reza Farahan work at the real estate firm Keller Williams. Javid starred on Shahs of Sunset from 2012 to 2016. She has also appeared on episodes of the TV series The Jeff Probst Show, The Shahs Come Clean with Nadine, Steve Harvey, Noches con Platanito, Dish Nation, Then and Now with Andy Cohen, Watch What Happens: Live, Daily Pop, and Celebrity Page. She graduated from California State University, Northridge with a Bachelor of Arts degree in English Literature in 2002. 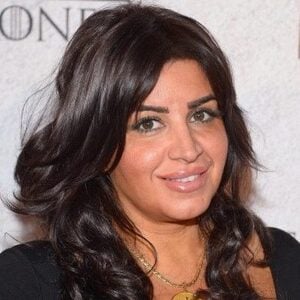