Melody Thornton net worth: Melody Thornton is an American singer-songwriter and dancer who has a net worth of $4 million dollars. Melody Thornton was born in Phoenix, Arizona in September 1984. She is best known as being a member of The Pussycat Dolls. Her talent was discovered at an elementary school talent show when she performed a Mariah Carey song.

She was recruited to join The Pussycat Dolls in 2003. The Pussycat Dolls are one of the best-selling girl groups of all time, selling over 50 million records worldwide. They won a Billboard Music Award, two MTV Video Music Awards, and were nominated for a Grammy Award. Their debut album PCD sold 10 million copies worldwide including 3 million in the U.S. Their hit singles "Don't Cha", "Buttons", and "When I Grow Up" all sold over 2 million copies. In 2010 Thornton left the group to work on her solo career. Her first solo single "Sweet Vendetta" was released in June 2011. Her first mixtape P.O.Y.B.L. was released in march 2012. Her debut studio album Hit The Ground Running has yet to be released. She has been featured on songs by Timbaland, LL Cool J, Prince Kay One, and Bizzy Crook. She appeared in the TV series Bank of Hollywood from 2009 to 2010. 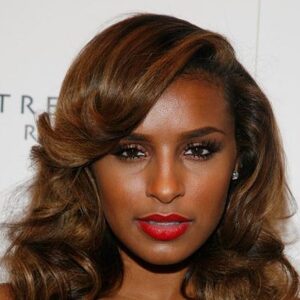