How much is Melissa Rycroft Worth?

Melissa Rycroft is an American television personality who has a net worth of $1.5 million. Melissa Rycroft has earned her net worth from her role as a contestant on the 13th season of the reality television show The Bachelor, which airs on ABC. She is also a former member of CMT reality TV series Dallas Cowboys Cheerleaders: Making the Team and she was a contestant on the eighth season of Dancing with the Stars. Melissa was born in Dallas, Texas on March 11, 1983 she graduated from Newman Smith High School located in Carrollton, Texas in 2001, while attending Newman she was a member of the drill team. In 2009 People magazine named Rycroft to their list of the World's Most Beautiful People and Maxim named her number 99 on their list of the "Hot 100 of 2009". As a result of being one of the most popular contestants on CMT's reality TV series Dallas Cowboys Cheerleaders: Making the Team's first season Rycroft was selected as one of the 35 Dallas Cowboys Cheerleaders (DCC) for the 2006 NFL season and she remained on the DCC squad through the 2007 NFL season. She married Tye Strickland on December 12, 2009 and she gave birth to their baby girl Ava Grace Strickland on February 16, 2011. 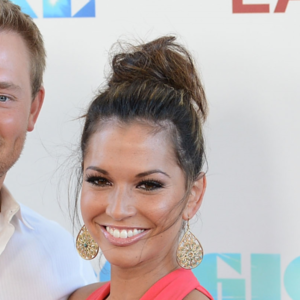