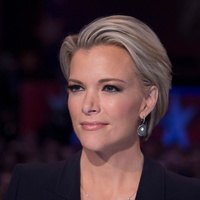 What is Megyn Kelly's Net Worth and Salary?

Megyn Kelly is a television host and political commentator who has a net worth of $45 million. Megyn Kelly has enjoyed a long and successful career as a TV news correspondent, anchor, and host. In the past, Megyn Kelly has worked for major cable news networks such as Fox News and NBC News. In 2014, Time magazine named her as one of the 100 most influential people in the world. During her time at NBC, her reputation was marred by controversy, forcing Kelly to leave the network and operate solely through her personal social media channels on Instagram and YouTube.

Megyn Marie Kelly was born on November 18th of 1970 in Champaign, Illinois. Raised in a Catholic household in Syracuse, Megyn eventually relocated to Albany, New York with her family at the age of nine. Her father taught at the State University of New York at Albany, but he passed away from a heart attack when Megyn was 15.

After graduating from high school, Megyn Kelly attended Syracuse University's Maxwell School of Citizenship and Public Affairs. She obtained an undergraduate degree in political science from this institution before transferring to Albany Law School in 1992. After obtaining her Juris Doctor in 1995, Kelly immediately worked as an associate at a major law firm in Chicago. She then worked for the international law firm Jones Day for nine years.

Although Megyn Kelly found success in the legal world, her defining career in television would begin in 2003. She began her career with an ABC affiliate in Washington, D.C. Among other stories, Kelly covered the 2004 presidential election. Just one year later, she was hired by Fox News, first appearing on shows like Special Report with Brit Hume. Her legal expertise made her a valuable addition to the news team, and she hosted her own segment called Kelly's Court.

Initially, Megyn Kelly only served as a substitute anchor, and frequently appeared as a guest panelist on shows such as The O'Reilly Factor and On the Record. In 2010, Megyn Kelly finally began hosting her own show: America Live. After taking maternity leave, Megyn Kelly returned in 2013 and started hosting a new show: The Kelly File. This show would become one of Fox's most popular programs, and it frequently won the highest ratings on Fox News.

In 2017, Megyn Kelly began working for NBC News after her contract with Fox expired. She first gained recognition for interviewing various figures, including Vladimir Putin. She worked at NBC in a so-called "triple role." This role would include acting as a correspondent, hosting her own talk show called Megyn Kelly Today, and hosting a special Sunday night program called Sunday Night With Megyn Kelly. Megyn Kelly's work with NBC was short-lived, as she was forced to resign in 2018 after making controversial statements. 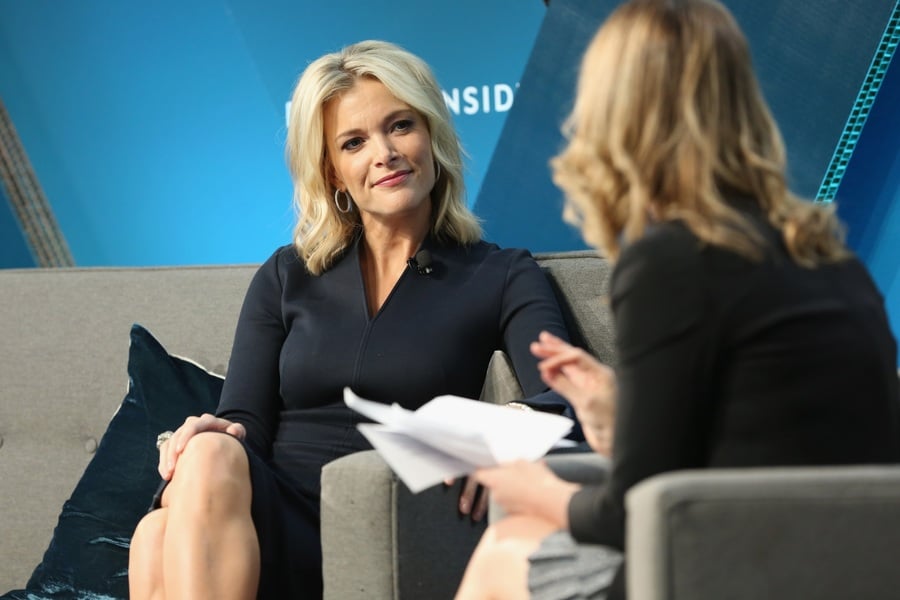 Megyn Kelly was no stranger to controversy even in the early years of her Fox News career. On The Kelly File, Kelly drew outrage after referring to Santa and Jesus as unequivocally "white." During the runup to the 2016 presidential elections, Kelly became famous for her sparring matches with Donald Trump. At one point, she moderated a debate and accused Trump of not having the correct temperament to be president.

Kelly's most controversial statements by far were the ones that resulted in her dismissal from NBC. In one episode of Megyn Kelly Today, she argued that it was acceptable to wear blackface as part of a Halloween costume.


In 2016, Megyn Kelly released her autobiography, Settle for More. The book was released through HarperCollins after Kelly had signed a deal with the publishing company allegedly worth more than $10 million.

Megyn Kelly's first marriage was to Daniel Kendall in 2001. Five years later, Megyn Kelly divorced the anesthesiologist. In 2008, she married Douglas Brunt, president and CEO of cybersecurity firm Authentium. Over the course of their marriage, the couple has had three children. Brunt has since become a novelist.

Although Megyn Kelly has expressed strong political views over the years, she doesn't support the Democrat Party or the Republican Party. Instead, she identifies as an Independent and has admitted to voting for both Democrat and Republican presidents in the past. In addition, Megyn Kelly identifies as a Catholic and has followed this faith for her entire life.

During her time at Fox News, Megyn Kelly eventually reached a peak salary of $8 million per year. This salary made her one of the highest-earning employees at the network, right on par with people like Tucker Carlson.

However, Megyn Kelly received an exponential increase in income after making the decision to move to NBC. Her three-year contract was worth $69 million, which was the equivalent of $23 million per year – although some reports state that she was actually being paid between $15 million and $20 million per year at NBC.

Because Kelly was released from NBC only one year after joining in the wake of her controversial statements, many assumed that she would forfeit the majority of this lucrative contract.

Unfortunately for NBC, Megyn Kelly seemed prepared for a major legal battle after her dismissal. Initial reports suggested that NBC was prepared to offer her the full $69 million from her three-year contract in order to make her "go away." Later reports stated that Kelly's severance package was actually significantly less – in the ballpark of $30 million.

Either way, this entire debacle proved to be a major cause for outcry in the journalism community. In just one year at NBC, Kelly seriously damaged her reputation as a serious journalist while still managing to walk away with at least $30 million – more than most journalists can ever dream of earning in a lifetime. In addition, Kelly managed to maneuver her way out of a key part of her contract: a clause that stated she couldn't accept offers from competing networks after leaving NBC.