What is Max Weinberg's Net Worth and Salary?

Max Weinberg is an American drummer and television personality who has a net worth of $45 million. Max Weinberg earned his net worth through his career with Bruce Springsteen as the drummer in the E Street Band, and as bandleader for The Max Weinberg 7 that was featured on two iterations of Conan O'Brien's shows. Following the end of the second show, "The Tonight Show with Conan O'Brien," in 2010, he started touring with his own ensemble. Weinberg has also continued playing with Springsteen on tour

Max Weinberg was born on April 13, 1951 in Newark, New Jersey to Jewish parents Ruth, a high school P.E. teacher, and Bertram, a lawyer. He has three sisters named Patty, Abby, and Nancy. Weinberg got into music early on in his life, with his parents taking him to Broadway shows starting when he was only two. After seeing Elvis Presley and drummer D. J. Fontana perform on "The Milton Berle Show" when he was five, Weinberg realized he wanted to become a drummer. He subsequently began playing at the age of six. When he was seven, Weinberg became a local star after performing at a bar mitzvah with Herbie Zane's band.

In the mid-60s, Weinberg played in a number of local rock bands in New Jersey, including the Epsilons and Blackstone. For his education, he went to Columbia High School, and then to Adelphi University in New York. Weinberg eventually transferred to Seton Hall University as a film studies major.

While attending Seton Hall in 1974, Weinberg and his band provided support to Springsteen and the E Street Band during a concert at the school. A little later, after Springsteen lost his dummer Ernest Carter, Weinberg decided to audition for the E Street Band as the new drummer. Winning the position, he dropped out of college only six credits shy of his degree. This ended up working in Weinberg's favor, as he quickly rose to fame with the E Street Band, becoming renowned for his powerful, controlled beat and laser-focused work ethic. Early on, he recorded such albums as "Born to Run" and "Darkness on the Edge of Town," and embarked on tours with the band. However, in 1980, Weinberg fell into a slump; losing some of his time-keeping abilities, he also suffered from tendinitis that required multiple hand operations. With some assistance from jazz drummer Joe Morello, he was able to bounce back the following year during Springsteen's River Tour. By 1984, Weinberg had fully recovered, and had one of his greatest successes with the release of the album "Born in the U.S.A."

Although he had a reduced role on Springsteen's 1987 album "Tunnel of Love," Weinberg was fully present on the subsequent Tunnel of Love Express tour. He also participated in the Human Rights Now! tour, a global tour of 20 benefit concerts held on behalf of Amnesty International. A year after this, in 1989, Springsteen announced the dissolution of his E Street Band. Despondent from the news, Weinberg turned to other career pursuits, offering motivational corporate seminars and founding his own record company, Hard Ticket Entertainment. He also played at bar mitzvahs. In 1999, a decade after its dissolution, the E Street Band got back together for a reunion tour. Later, in 2002, the E Street Band recorded "The Rising," its first studio album in 18 years. Weinberg went on to record the albums "Magic" and "Working on a Dream" with the band; he continued to tour as well. In 2014, he was inducted into the Rock and Roll Hall of Fame as part of the E Street Band.


Following a chance meeting with new "Late Night" talk show host Conan O'Brien in 1993, Weinberg was given an audition for a spot on the show. He subsequently put together the Max Weinberg 7, which went on to become the official house band of "Late Night with Conan O'Brien." In addition to performing with his band on the show every night, Weinberg served as the show's music director. He also became increasingly involved in O'Brien's comedy sketches, growing into a bonafide television celebrity over the years. In 2000, Weinberg's stature became even greater when he effectively became O'Brien's new sidekick following the departure of Andy Richter.

Weinberg moved with O'Brien to "The Tonight Show with Conan O'Brien" in 2009. However, his role as bandleader on the new program was short-lived, as hosting and time-slot conflicts resulted in O'Brien's ousting from NBC in early 2010. 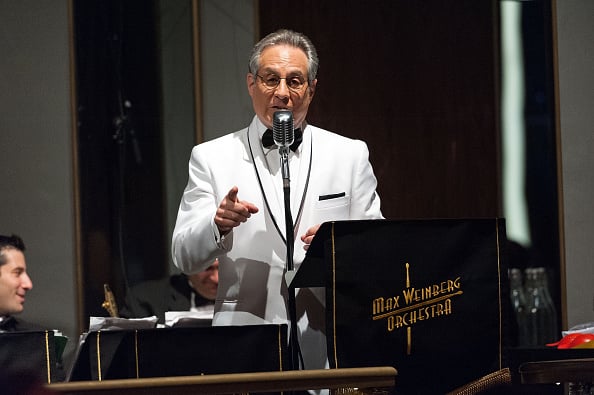 After the end of "The Tonight Show with Conan O'Brien," Weinberg put together a 15-piece ensemble called the Max Weinberg Big Band, and performed at various venues. He continued to tour with Springsteen and the E Street Band, and also did some weddings and bar mitzvahs.

Weinberg has had a few health scares. In early 2010, he successfully underwent a 12-hour open-heart valve repair surgery. The following year, he was diagnosed with prostate cancer, which he didn't reveal until 2017. Weinberg underwent successful surgery to treat the disease.

In 1981, Weinberg wed high school teacher Rebecca Schick. Together, they have a daughter named Ali and a son named Jay. Ali works in news media, while Jay is the drummer for the heavy metal band Slipknot.

Where does Max Weinberg live? Max Weinberg has a home in Los Angeles, California, and a 34+ acre home in Red Bank, New Jersey.

Weinberg and Schick purchased a five-acre farm in Monmouth County, New Jersey in 1984. Feeling that he had been taken advantage of in the purchase, Weinberg began fastidiously researching the business of real estate. Later, in the 90s, he built an 8,900-square-foot home in Middletown Township. Weinberg also owns a house in Delray Beach, Florida.

Today Weinberg is known for buying and flipping homes along with maintaining his own residences. Weinberg's L.A. home is near Runyon Canyon, a brick and wood exterior with glass and wood interior, surrounded by the rustic terrain of the canyon below the home. Weinberg's home is 2,916 square feet, with 5 bedrooms, and 3 bathrooms. The home is made of wood featuring wood beams and tall floor to ceiling windows, concrete floors throughout the house, and built-in shelves, cabinetry, and desks, in the kitchen and baths. The kitchen has a long breakfast bar with matching chairs opening into the open, spacious family/living room. The master bedroom is open design with built in shelving and large bathroom with views of the garden. The back yard has angular steps to the patio area, built in sofa lounges, fire pit, and an angular shaped swimming pool with outdoor shower. 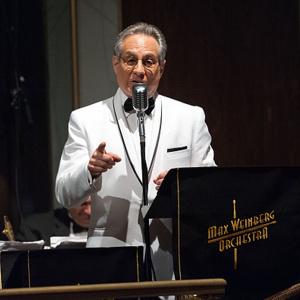