What is Mary-Kate Olsen's net worth?

Mary-Kate Olsen, half of the famous Olsen twins, is an American actress and entrepreneur who has a net worth of $250 million. Mary Kate Olsen earned her enormous fortune through a diverse and eclectic revenue stream that includes acting, producing, writing, and fashion design.

Mary Kate Olsen was born on June 13, 1986, in Sherman Oaks, California. Her parents, David and Jarnette, divorced in 1996. She and her twin, Ashley, have an older brother, Trent, a younger sister Elizabeth (who is also a successful actress) and younger half-siblings Taylor and Jake from their father's second marriage. She attended Campbell Hall School in Los Angeles and New York University, where she was a student at the Gallatin School of Individualized Study alongside her sister Ashley.

Her career began at the tender age of nine months when she and her twin sister Ashley got the role of Michelle Tanner on "Full House," which would go on to be hugely popular and serve as the foundation on which the "Olsen twins" brand would be built. One of the interesting aspects of the Michelle Tanner role is that both twins took turns playing her. The reason for this unusual acting concept was to sidestep child labor laws which restricted the amount of time a child could act in front of the cameras. By casting twins, the savvy producers of "Full House" were able to double the amount of available Michelle Tanner time.

In 1995, the massively popular "Full House: ended its run, but the Olsen twins did not. They continued to merchandise their likeness on everything from clothing and makeup to a series of direct to video movies such as their "The Adventures of Mary-Kate and Ashley" series.

From 1992 t0 2002, Mary Kate starred alongside Ashley in the films "To Grandmother's House We Go," "Double, Double,Toil and Trouble," "How the West Was Fun," "It Takes Two,"  and "Billboard Dad." In the 1990s, Mary Kate and her twin sister founded the production company Dualstar Entertainment Group. Through their production company the twins produced a long and successful string of TV movies and direct-to-video releases which they also starred in, including "Passport to Paris," "Our Lips Are Sealed," "Winning London," "Holiday in the Sun," as well as the television series "So Little Time," which she was nominated for a Daytime Emmy Award for in 2002.

In the late 1990s and early 2000, Mary Kate and Ashley became hits and household names with preteen girls and licensed their images and brand to clothes, books, perfumes, magazines, movies, and posters, among others. They appeared in more movies together that were released both theatrically and direct-to-video.

In 2004 she was awarded a star on the Hollywood Walk of Fame for Television with her sister Ashley Olsen at 6801 Hollywood Blvd. 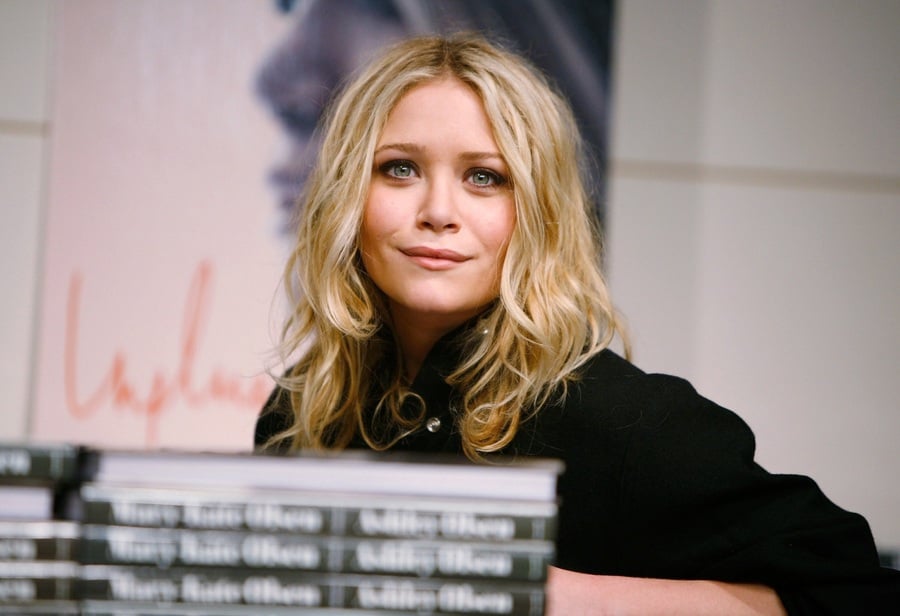 Since their childhood stardom, Mary-Kate has worked as an actress in a variety of roles, including the role of Union in "The Wackness." Olsen's first solo acting appearance was in the 2006 movie "Factory Girl." Her one short scene was ultimately cut from the theatrical release but was included on the film's DVD. In 2007 Mary-Kate Olsen starred as Tara Lindman on the television series "Weeds." In 2008, Olsen made a guest appearance on the ABC comedy "Samantha Who."

The sisters released the celebrity interview book "Influence"" in 2008.

Today their retail empire generates over $100 million in sales per year. Mary-Kate has co-founded several brands along with her sister including The Row, Olsenboye, StyleMint, and Elizabeth and James. The pair of twins were named Womenswear Designer of the Year for The Row in both 2012 and 2015. The twins made news by signing a pledge to allow all the workers that sew their line of clothing in Bangladesh full maternity leave. The National Labor Committee, which organized the pledge, later praised the twins for their commitment to worker rights.

In March 2012, both Mary-Kate and Ashley Olsen indicated that they would be retiring as actresses in order to focus on their careers in fashion. Mary Kate and Ashley released a fashion line for the massive retailer Walmart for girls ages 4 to 14 as well as a beauty line called Mary-Kate and Ashley: Real Fashion for Real Girls. She's also released collections with smaller, much higher-end fashion lines such as Badgley Mischka. The twins also head a couture fashion label, The Row, as well as the Elizabeth and James, Olsenboye, and StyleMint retail collections. Mary Kate has also won awards from the Council of Fashion Designers of America. 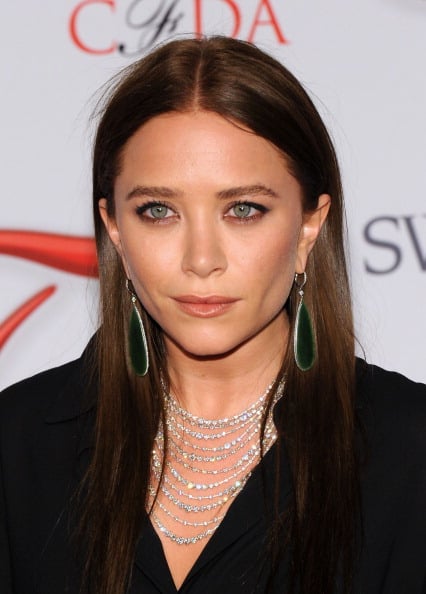 Mary Kate began dating Olivier Sarkozy, the half brother of former President of France Nicolas Sarkozy in May 2012. The couple married on November 27, 2015, in a private residence in New York City. She filed for divorce in April 2020.

Mary-Kate began horseback riding in 1992 when she was six years old. During her time at Campbell Hall she was a member of the school's equestrian team. In 2013, her horse Marvelous ridden by James Anderson, won the 38th Hampton Classic Horse Show. Mary-Kate is a competitive equestrian. In 2016 Mary-Kate competed at The American Gold Cup in upstate New York.

In 2015, the twins' couture line The Row was raking in over $50 million in annual sales.

Mary-Kate and Ashley paid $7.43 million for a 5,731-square-foot condo at 1 Morton Square in 2004, but they never actually moved into the five-bedroom apartment. They listed the unit for $12 million in 2007. The home lingered on the market for three years. Finally, the full-floor penthouse with a private elevator sold for $7.7 million.

In early 2019, Mary Kate and her husband listed their New York City townhouses for sale. One of them was bought in 2012 for $6.5 million by Olivier Sarkozy. The townhouse was listed for $8.3 million. It has three bedrooms, including a full-floor master suite. The townhouse next door, which has five bedrooms and is also owned by Olsen and Sarkozy hit the market for $7.7 million. 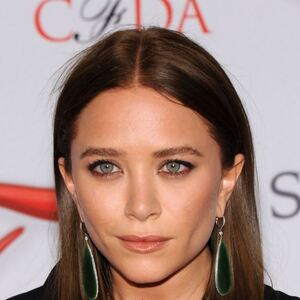