What is Mary Hart's Net Worth and Salary?

Mary Hart is an American television personality who has a net worth of $100 million. That's a combined net worth with her producer husband, Burt Sugarman. She is best known for hosting the syndicated gossip and entertainment round-up program "Entertainment Tonight" from 1982 to 2011. Prior to becoming the host of this show, Mary was named Miss South Dakota in 1970. She has been described as the "face of ET."

Mary Johanna Harum was born on November 8th of 1950 in Madison, South Dakota. Raised in Sioux Falls, Mary also spent time in Denmark as a child. As a result, she speaks English, Danish, and Swedish fluently. After graduating from Augustana Academy, Hart attended Augustana College. She eventually graduated from college in 1972.

An early moment for Mary came in 1970, when she was crowned Miss South Dakota. This led to her entering the Miss America 1971 pageant, and she reached the semi-finals. After leaving college, Hart taught English at Washington High School in Sioux Falls for two years. During this period, she also produced and anchored her own talk show on an NBC affiliate in Sioux Falls.

In 1975, Hart abandoned her teaching career to focus entirely on broadcasting. Her first full-time gig was at WMT-TV in Cedar Rapids, Iowa, but she quickly moved to another station in Oklahoma City. During her time in Oklahoma City, she co-hosted "Dannysday" with Danny Williams. However, her broadcasting career still wasn't enough to pay the bills, and Mary found herself working part-time as a sales rep for a company that sold school yearbooks.

By the late 70s, Hart had become disillusioned with journalism. She decided to pack her bags and move to Los Angeles. With savings of $10,000, she adopted a "make-it-or-break-it" attitude and started auditioning for acting roles. She experienced some success, booking roles on soap operas like "Days of Our Lives" and landing various commercial gigs. Unfortunately, these small acting roles were not enough to pay the bills, and she found herself with almost no money in the bank.

Faced with no other choice, she went back to journalism – but with a twist. This time, she was focusing on entertainment news. This new endeavor began when she co-hosted a televised version of "PM Magazine." This job quickly led to another co-hosting position in the early 80s alongside Regis Philbin on NBC. Unfortunately, this show was ultimately canceled after just four months. However, a new opportunity quickly arose – one that would come to define Hart's career.

In 1981, Mary Hart was interviewed by the producers of "Entertainment Tonight" on a special segment about how it felt to be canceled. This opportunity led to her becoming a new correspondent for the show. After about a year, she was promoted to co-host alongside Ron Hendren. Over the years, Mary Hart retained her position while her co-hosts were replaced one after another. It seemed like none of them could last much longer than a few years. Hendren was replaced by Robb Weller in 1984. Weller was then replaced by John Tesh in 1986, who was in turn ousted by Rob Goen in 1996. During this period, Hart remained a central part of the show. By 2004, Goen had been replaced by Mark Steines.

During this period, Mary worked extensively with her manager, Jay Bernstein. This led to a number of additional opportunities, such as brand endorsements, cameos at Wrestlemania, and much more. In 1988, Hart joined comedian David Brenner on stage in Las Vegas. Performing on stage professionally was one of her long-term career goals. During this period, she flew back and forth between Vegas and Los Angeles in a grueling schedule. 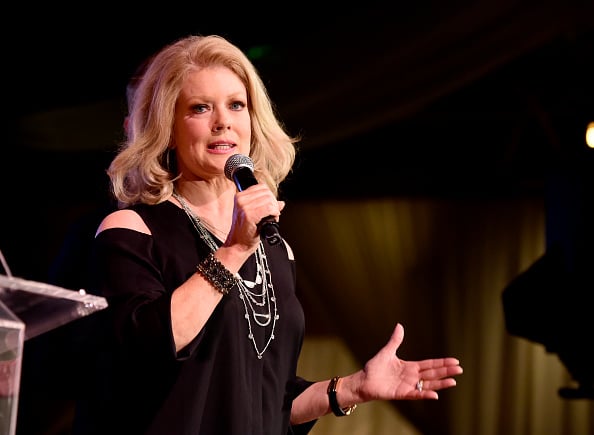 Mary Hart's signature legs led to a contract with Hanes. Hart wore the company's line of pantyhose throughout 1987. She then had her legs insured for $1 million each.

In 2015, the couple paid $8 million for a two-story condo in West Hollywood. In 2016, they dropped $4.65 million on a second unit in the same building. They subsequently bought at least two more units in the same building – the Sierra Towers. In total, they have spent $15 million in that one location alone. In Montana, the couple has long-maintained several properties. They sold a lakefront house in that state for $5.9 million in 2014. They also own two properties in the exclusive Yellowstone Club, one of which was listed for $8 million in 2018. In addition, they owned a 160-acre ranch that was listed for sale in 2013 for $23 million.

In 2019, Mary Hart and her husband sold a condo at the Ritz-Carlton for $6.3 million. This residence features three bedrooms and square footage of 4,170. Additional highlights include spectacular views of Los Angeles, floor-to-ceiling windows, and much more. The building itself offers amenities such as a rooftop swimming pool, a billiard room, and concierge service.

In 2016, it was reported that Mary Hart was her ranch in Montana for $19.5 million. Located in Big Sky, the six-bedroom residence sits on 160 acres of land and features 7,000 square feet of living space.

In total, their real estate portfolio is worth at least $50 million. 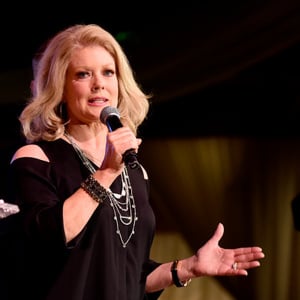