Marlo Hampton net worth: Marlo Hampton is an American reality television star and fashion entrepreneur who has a net worth of $600 thousand dollars. Marlo Hampton was considered to be a cast member for the fourth season of the reality series "The Real Housewives of Atlanta", but was subsequently cut from the cast and instead began appearing as a recurring guest star. She is most widely recognized for her friendship with cast member NeNe Leakes, and for her relationship with football player, Charles Grant, who also happens to be an ex-boyfriend of Ms. Leakes. Ms. Hampton broke off her engagement to Mr. Grant, who is at one point was in court facing charges of fraud related to writing bad checks. Ms. Hampton's participation in the reality series has drawn a number of raised eyebrows, as she has a rather extensive arrest record in her former home state of Florida. The charges range from aggravated battery to parole violations to writing bad checks, and resulted in seven arrests between 1999 and 2003. Over the years there have been many rumors related to Marlo's dating life. She is rumored to have several Sugar Daddies who help supplement her lifestyle. Outside of reality TV Marlo runs a fashion blog called SimplyMarlo.com. 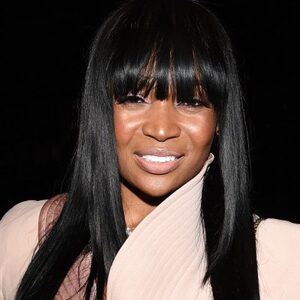