In 2007, Ballas joined the fifth season of Dancing With the Stars, where he was paired with Cheetah Girl Sabrina Bryan; the duo was eventually eliminated. He returned to Dancing With the Stars in 2008 where he and Olympic figure skater Kristi Yamaguchi won the Dancing title. Mark Ballas again appeared on Dancing With the Stars for the seventh season, paired with reality TV star Kim Kardashian, Ballas, for Dancing With the Stars seventh season; Ballas and Kardashian were eliminated. Almost Amy-the blues-rock band Ballas started with best friend Derek Hough (dancer/actress Julianne Hough's brother) and friends Emily Grace, Harry Sullivan and Sam Marder-signed with Hollywood Records in September of 2008. The group eventually changed its name to the Ballas Hough Band and released its debut album BHB in March of 2009. Ballas has been romantically linked to two American Idol-affiliated singers: Joanna Pacitti and Pia Toscano. As a youth, Ballas was also a member of a pop singing trio called 2B1G (2 Boys 1 Girl), along with Julianne Hough and brother Derek Hough. Ballas' mother, an award-winning Latin American dancer, was also once featured on Dancing with the Stars. 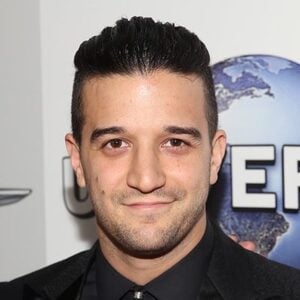