What is Maria Menounos' net worth and salary?

Maria Menounos was born in the Boston suburb of Medford, Massachusetts to Greek immigrant parents Costas and Litsa Menounos on June 8, 1978. Her parents had come to the United States prior to her birth and worked as janitors at a Boston nightclub. She attended the Dormition of the Virgin Mary Greek Orthodox Church growing up. She attended Medford High School. At age 17, Menounos produced the "Land of Merry Misfits", an independent film fairy tale. In 1995, she began to compete in beauty pageants, and in 2006 won the title of Miss Massachusetts Teen USA. Later Menounos attended Emerson College where she participated in the now award winning organization, Emerson Independent Video. She graduated from Emerson in 2000. While in school, she had worked as a reporter for Channel One News. In her ten minute segments, Menounos had many memorable assignments such as traveling to El Salvador to report on the El Salvador earthquakes, interviewing NATO aircrew members aboard a plane during Operation Eagle Assist, and interviewing President George W. Bush.

In 2002, Entertainment Tonight hired Menounos as a correspondent. She reported on movies, music, and fashion, until she left the program in 2005 to focus on her acting career. However, she joined the rival program "Access Hollywood" just a few months later. In 2003, she appeared on the show "Punk'd" and was one of the many celebrities caught in the awkward and embarrassing "Red Carpet Interviews." In 2004 she appeared in UPN's "One on One" and the next year she was in the film "Fantastic Four" opposite Chris Evans. Around this time, she became a spokesperson for Pantene hair products. Menounos was a presenter, along with Greek singer Sakis Rouvas" in the 2006 Eurovision Song Contest that took place in Athens. Later that year, Menounos directed "Longtime Listener" starring Wilmer Valderrama. She also acted in and produced "Adventures of Serial Buddies."

In 2005, she personally funded the recovery and restoration of her film she made when she was 17, "Land of Merry Misfits," and got John Waters to narrate it. The film finally premiered at the 2007 Tribeca Film Festival. She went on to co-host a few episodes of the "Today" show in 2006 and 2007

Menounos founded and maintained AfterBuzz TV, an online entertainment network for which she was named 2014's CES Entertainment Matters Ambassador. Menounos has had recurring roles on shows such as "Without a Trace," "One Tree Hill," and "Scrubs." In 2006, she appeared in Jessica Simpson's music video for "A Public Affair." In 2007, Menounos starred in the film "Kickin' It Old Skool" opposite Jamie Kennedy.  In 2008, she became the host of "Hollywood Green" on the Planet Green network and also had a role in the movie "Tropic Thunder." That same year, she became the first journalist to interview the entire Obama family as a whole. Menounos hosted reunion specials of MTV's "The Real World" and "The Challenge" from 2009 to 2012. In August 2011, it was announced that she would be joining "Extra" as a co-host with Mario Lopez. She won a Daytime Emmy for Outstanding Entertainment News Program for her work. In 2012, she was a contestant on "Dancing with the Stars." Partnering with Derek Hough, the pair came in fourth place. In May 2013, Menounos launched a new interview series called "Conversations with Maria Menounos." The next year, her reality TV series "Chasing Maria Menounos" premiered on the Oxygen network.

In 2014, Menounos left "Extra" after three years as a host and signed a multi-year contract with E! Entertainment to host and produce several programs. In July 2015, "The Hollywood Reporter" announced she would be replacing Giuliana Rancic as the co-anchor of E! News. She stepped down in July 2017 due to an ongoing medical battle with a brain tumor. 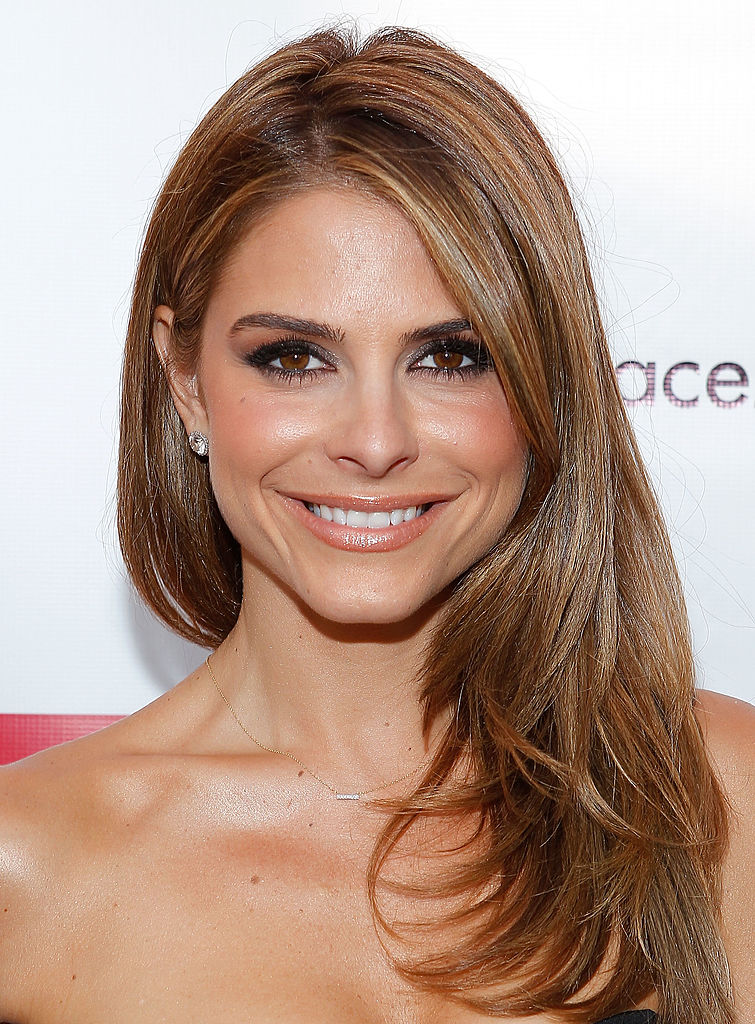 Menounos is an avid long time WWE fan and has made several appearances, her first being in October 2009 when she joined Nancy O'Dell in guest hosting "WWE Raw." That night, she made her in-ring debut in a six diva tag team match with Gail Kim and Kelly Kelly. Their team was victorious and the highlight of the match was Menounos slapping the much larger statured Beth Phoenix. She returned to the ring in December 2011 at the WWE Tribute to the Troops and teamed up with Alicia Fox, Eve Torres, and Kelly Kelly to defeat the Bella Twins. She did a tag team match at WrestleMania XXVIII and teamed up again with Kelly Kelly. Despite Maria suffering two cracked ribs during practice for "Dancing with the Stars" before the match, Menounos and Kelly defeated Beth Phoenix and Eve Torres on April 1, 2012 at Wrestlemania. For six years in a row, from 2014-2019, Menounos hosted the WWE Hall of Fame red carpet pre-show and appeared during the event as a guest backstage interviewer for several Wrestlemanias. In January 2018, Maria served as the special guest ring announcer for the first ever women's Royal Rumble match.

Menounos has been in a relationship with director, producer, and former MTV writer and filmmaker Kevin Undergaro since April 1998. In March 2016, Undergaro proposed to Maria live on "The Howard Stern Show" They were married on New Years' Eve 2017 live on television in front of the whole world and had another wedding in Greece in October 2018. Since June 2017, she has battled meningioma, a benign brain tumor.

In 2005, Maria and Kevin paid $2.3 million for a home in the LA suburb of Encino, California. The 5-bedroom property sits on just under an acre and is likely worth $5-6 million today. 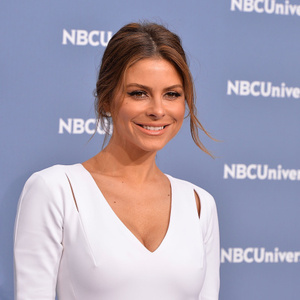