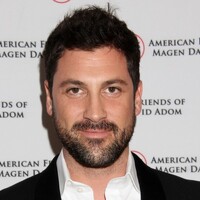 What is Maksim Chmerkovskiy's Net Worth and Salary?

Maksim Chmerkovskiy is an American-Ukrainian ballroom dancer, choreographer and instructor who has a net worth of $8 million. Maksim Chmerkovskiy became known for his dancing ability as one of the professional dancers on the American television series, "Dancing with the Stars." He has also been featured in various dance theater productions.

Chmerkovskiy was born on January 17, 1980 in Odessa, Ukraine, which was part of the Soviet Union at the time. His parents are Aleksandr and Larisa Chmerkovskiy and he has a young brother, Valentin, who is also a professional dancer. His father is Jewish while his mother is Christian.

At the age of four, Chmerkovskiy began dancing after his parents enrolled him in a school of aesthetic education. The school's aim was to train children to become gentlemen and ladies and included lessons in topics like manners as well as ballroom dance. Chmerkovskiy's dancing skills were evident from a young age and he began competing in dance competitions. He also enjoyed swimming, soccer, and tennis, as well as skiing. When he was 13, he broke his leg while skiing and doctors thought he may have long-term complications with his leg. However, he fortunately recovered fully and was dancing again six months later.

In 1994, when Chmerkovskiy was 14, the family immigrated to Brooklyn, New York.

Chmerkovskiy got a job at a local Russian restaurant where he danced traditional dances as entertainment and also began entering himself in dancing competitions as a way to earn money. When he was 16, he helped his father open a youth-oriented dance studio in Ridgewood, New Jersey, specifically selected the location because there were already many studios in Brooklyn. In 2001, he had his first major success as a dancing instructor when he coached his brother and his partner, Diana, to become the first U.S. dance pair to win a world junior championship.

While teaching, Chmerkovskiy continued competing in dance competitions himself. He began competing at the professional level in the International Latin category. In the early 2000s, he achieved the rank of 2nd in the United States and 7th among dance professionals in the world in the that category. He won a number of competitions between 2003 and 2005, including La Classique du Quebec, the Philadelphia Dancesport Festival, and the Manhattan Dancesport Professional.

In 2006, Chmerkovskiy joined the cast of  "Dancing with the Stars" in its second season. He was partnered with actress Tia Carrere and the pair came in sixth place in the competition. The next season he was paired with singer Willa Ford and the two came in seventh place. His next season, season three, was more successful as he made it to the finals and finished third with partner Laila Ali. For season five, he was partnered with Melanie Brown and the pair came in second place. Chmerkovskiy decided not to return to the show in the sixth season, citing that he was too stressed.

In 2008, Chmerkovskiy decided to return to "Dancing with the Stars" for its seventh season. He was partnered with Olympic volleyball gold medalist, Misty-May Treanor. Treanor was forced to withdraw from the competition in week three after she ruptured her Achilles tendon during practice. The following season, Chmerkovskiy partnered with actress Denise Richards and the pair was eliminated second. He not fare much better the next season with partner Debi Mazar, as the two were the fourth pair eliminated.

In season 10, Chmerkovskiy and his partner, Erin Andrews, performed quite well together and ended up coming in third place. For the next season, Chmerkovskiy danced with singer and actress, Brandy. Throughout that season, the pair performed very well and consistently received high scores but were ultimately eliminated in the semi-finals, which many considered shocking as they were show favorites to make it to the end. 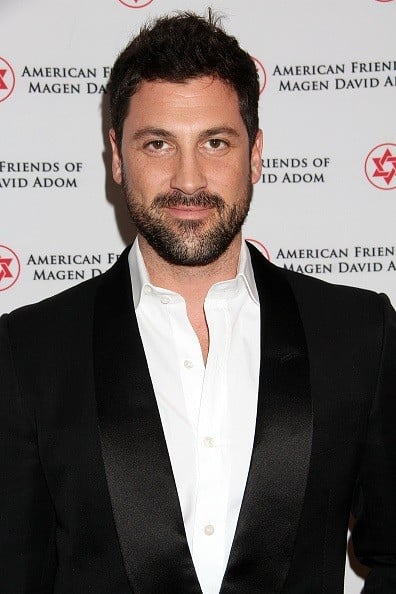 Chmerkovskiy then worked with actress Kirstie Alley. The two experienced several mishaps while dancing together, as Chmerkovskiy's leg once gave out while dancing and then Alley's shoe fell off during a routine a week later. The next season, 13, Chmerkovskiy danced with partner Hope Solo. They came in fourth play. Solo later alleged that Chmerkovskiy was quite hard on her during rehearsals and stated that he had once slapped her, though her claims were never corroborated.

In season 14, Chmerkovskiy was partnered with Melissa Gilbert. Their season together was challenging as Gilbert suffered a mild concussion after she hit her head on the floor and was rushed to the hospital. Chmerkovskiy also injured a muscle in his shoulder soon afterward. The couple ultimately finished in fifth place. Season 15 was an All-Stars season and Chmerkovskiy was partnered with former partner, Kirstie Alley. They were ultimately eliminated in week 8.

Chmerkovskiy then decided to take some time off from "Dancing with the Stars." He was absent from seasons 16 and 17 but decided to return in season 18, when he was paired with Olympic ice dancer, Meryl Davis. The couple did very well together, ultimately winning the show in May of 2014. Following the win, Chmerkovskiy again took time off from the show and returned in season 23. He was partnered with model Amber Rose and eliminated in week six. He also danced in seasons 24 and 25, partnered with Heather Morris and Vanessa Lachey, respectively. In April of 2018, Chmerkovskiy announced he was officially done working as a professional on "Dancing with the Stars."

Outside of his career with "Dancing with the Stars, "Chmerkovskiy has also worked as a choreographer for shows in Las Vegas and has worked as a dancer on Broadway. He also created an autobiographical show with this brother called "Maks & Val Live on Tour: Our Way," which toured around the country in 2016. He also appeared on the Ukrainian version of "The Bachelor" in 2011.

In 2009, Chmerkovskiy was engaged to fellow "Dancing with the Stars" professional, Karina Smirnoff, though they ultimately broke up. He then dated another show professional, Peta Murgatroyd in 2012 until their break up in 2013. However, the two got back together the following year and then engaged in December of 2015. They had a son together in January of 2017 and then were married in New York in July of 2017.