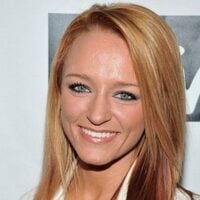 Maci Bookout net worth: Maci Bookout is an American TV reality star who has a net worth of $10 thousand dollars. Born in Chattanooga, Tennessee Maci Bookout was an excellent student in high school, a star athlete, and popular amongst her classmates. She became pregnant during her junior year, and had to put her dreams of attending college on hold. She was chronicled in the series "16 and Pregnant" on MTV, and then went on to appear in "Teen Mom". During "Teen Mom", she struggled to finish college, while taking online courses, and she ultimately broke up with her fiancé, Ryan, the father of her baby. During Season 2 of the series, she began dating another man, and they began living together in Season 3. She has struggled over custody of her son with her ex-fiance throughout the entire series. She has since returned to school part-time, and also speaks at various events about the problems and issues surrounding teen pregnancy.