Lynda Erkiletian net worth: Lynda Erkiletian is an American television personality who has a net worth of $10 million. Lynda Erkiletian earned her net worth by being the founder of T.H.E. Artist Agency, a top modeling and talent agencies in Washington D.C. Erkiletian was born into a military family that traveled a lot but ultimately settled into New York City while in high school.

She is best known for being part a cast member of the show The Real Housewives of D.C. in 2010. She struggled in school and was diagnosed with dyslexia. Her first job was at Peoples Place working for Tommy Hilfiger. She later was a receptionist at a Georgetown hair salon. She became a backup singer for R&B/Gospel singer Candi Staton and opened for Teddy Pendergrass. She got her cosmetology license to pursue hair and makeup artistry. Her clients included Nancy Reagan, Sugar Ray Leonard, Patty Duke, and Lloyd Bridges. She founded T.H.E. Artist Agency in 1985 to help D.C. area models and stylists. She started the James and Paula Coburn Foundation after her best friend passed away from cancer. She is a member of the Washington ballet's Women's Committee. She formerly served on the board of Fashion Group International and created Beauty Within. She is broken up with Ebong Eka. 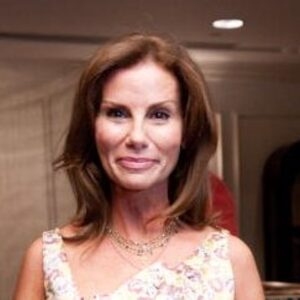