Lucie Arnaz net worth: Lucie Arnaz is an American actress, singer, dancer, and producer who has a net worth of $20 million. Lucie Desiree Arnaz was born in Los Angeles, California in July 1951. She is the daughter of Lucille Ball and Desi Arnaz. She appeared in her mother's television series The Lucy Show and got a recurring role on Here's Lucy from 1968 to 1974.

She has appeared in the television shows Fantasy Island, Murder, She Wrote, Marcus Welby M.D., Sons and Daughters, and Law & Order. In 1985 she had her own short lived television show called The Lucie Arnaz Show. Her career in musical theater included starring in Annie Get Your Gun, They're Playing Our Song, My One and Only, Seesaw, Whose Line Is it Anyway?, The Wizard of Oz in Concert: Dreams Come True, The Witches of Eastwick, and Dirty Rotten Scoundrels. Lucie won a Primetime Emmy Award for her documentary Lucy and Desi: A Home Movie in 1993. She also won a Theatre World Award and Los Angeles Drama Critics Circle Award for Best Actress in a Musical. She married Laurence Luckinbill in 1980 and was previously married to Phil Vandervort. She has five children. Lucie was the first choice to play Rizzo in Grease but her mother was upset that she had to do a screen test for the part. 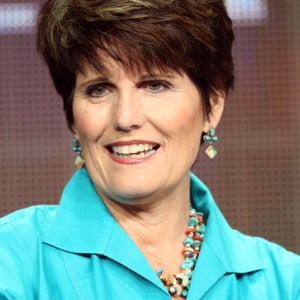