Lou Dobbs net worth and salary: Lou Dobbs is an American former television personality, author and radio host who has a net worth of $20 million. He began working at CNN at the network's inception in 1980 and stayed there until 1999. He rejoined CNN in 2001 but then left again in 2009. From 2011 to 2021 he hosted "Lou Dobbs Tonight" which became the highest-rated show on the Fox Business Network. The show was canceled in February 2021 after Dobbs' show was canceled by Fox.

Born in Childress, Texas, Lou Dobbs graduated from Harvard University with a degree in Economics in the late 60s. After working for various anti-poverty organizations on the East Coast, he relocated to Arizona and began working as a police and fire reporter for a local station. This led to a reporting and anchoring position in Phoenix, and then anchoring work for KING-TV in Seattle. He was tapped by Ted Turner to join the brand new news network, CNN, in 1979. He joined the network as their chief economics correspondent and the host of "Moneyline". He went on to become CNN's executive vice president and founded CNN Financial News. He left CNN in 1999, after clashing with the channel's new president, but returned a year later, after that particular president left. He remained with CNN until 2009, when he was asked to step down. In 2011 he launched a show a show on the Fox Business Network called "Lou Dobbs Tonight".

Fox canceled Lou Dobbs in the wake of a $2.7 billion defamation lawsuit filed by election technology company Smartmatic against Fox Corporation and Fox News. Dobbs and two other anchors, Maria Bartiromo and Jeanine Pirro were named as defendants in the suit. The lawsuit specifically cited a claim made made on an episode of Dobb's show by a guest in November 2020 that Hugo Chavez, the deceased president of Venezuela, was involved in creating Smartmatic's technology. 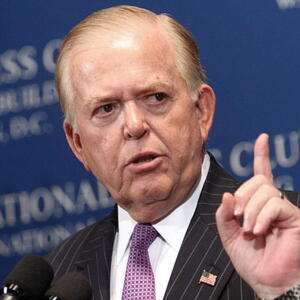