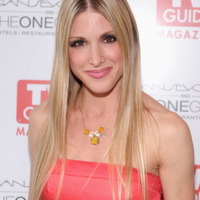 Lori Zaslow net worth: Lori Zaslow is an American reality-TV personality who has a net worth of $2 million dollars. Born in New York City, Lori Zaslow is married and has two children. She recently launched a matchmaking service called Project Soulmate, and has quickly become the matchmaker of choice for wealthy, single men and women in Manhattan, and other parts of New York City. Her success brought her to the attention of Bravo executives, and she and her husband Bryan, a recruiter for fashion and design companies, are now the subject of a new reality series called, "Project Soulmate". The series follows their daily lives as they juggle their busy work schedules and their home lives, as well as chronicling some of Ms. Zaslow's clients as they search for love in the Big Apple. The show is set to begin airing in 2012. Ms. Zaslow has already been featured in numerous articles and appeared on various talk shows in preparation for the launch of the series.