Lo Bosworth is an American television personality and author who has a net worth of $4 million. Lo Bosworth is probably most famous for her appearances on the MTV reality series Laguna Beach: The Real Orange County as well as the show's spin-off TV series The Hills, both of which documented the lives of Lo and her friends.

She was born on September 29, 1986 in Laguna Beach, CA, she then later moved to Los Angeles, CA. She attended the University of California, Santa Barbara, and later transferred to UCLA where she graduated from and earned a bachelor's degree in art history. During her time at UCLA, she was a member of the Kappa Kappa Gamma Sorority.

Lo Bosworth starred on "Laguna Beach" alongside her best friend Lauren Conrad as well as her former classmates, Stephen Colletti and Kristin Cavallari beginning in 2004. The show followed her and her friends and classmates during their senior year of high school during season one. After the success of "Laguna Beach," MTV developed "The Hills," a spin-off series documenting the lives of Lo, Conrad, and their other friends Heidi Montag, Audrina Patridge, and Whitney Port in Los Angeles, California.

During the taping of the first season, Bosworth and Conrad were in a feud and not on speaking terms. The feud was briefly mentioned on the series as a fight caused by their mutual friend Jen Bunney that lasted nearly two years. After Bosworth and Conrad reconciled, Bosworth became a more regular supporting cast member of The Hills' second season, first appearing on the series on March 12, 2007. Bosworth continued as a cast member of The Hills until the series finale which aired on July 13, 2010. Season three premiered in August 2007 and the new season saw Bosworth becoming housemates with Conrad and Patridge as the three moved into a new home (although Patridge eventually moved into her own place.) The fourth season premiered on August 18, 2009, during which Conrad and Bosworth adopted a dog named Chloe. Bosworth began to reveal more of her personal life during this season, as well as allowing cameras into her place of employment. 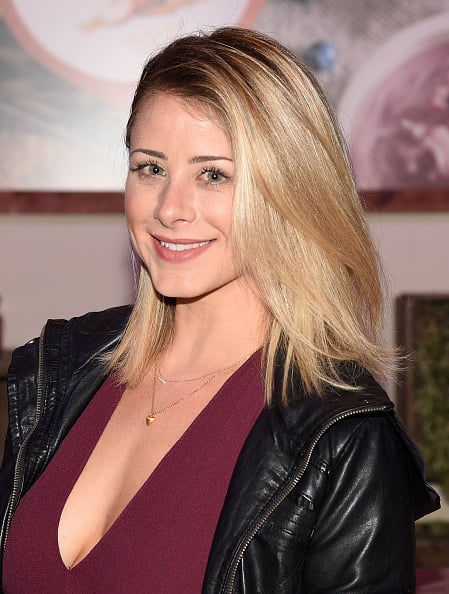 The first half of season five premiered in April 2009. Conrad left the show shortly after and her final appearance on "The Hills" was at Heidi Montag and Spencer Pratt's wedding. The second half of the season premiered on September 29, 2009, with former "Laguna Beach" castmate Kristin Cavallari brought on as Conrad's replacement.  During the sixth and final season of The Hills Bosworth brought forth her personal life and introduced her long term boyfriend Scott. While she dealt with and aired her personal drama at work The Hills released its final episode on July 13, 2010. The sixth and final season premiered on April 27, 2010. Rumors flew that Bosworth would not be returning after the fifth season, but she became a main cast member for the final season. The final season showed workplace drama for Bosworth, and showed her moving in with her long-time boyfriend, Scott. "Laguna Beach" concluded on July 13, 2010.

Lo Bosworth launched her own website named The Lo Down by Lo Bosworth in 2010 and she also wrote a book by the same name which was released in January 2011. In late 2013, she started her own beauty channel on YouTube, which grew rapidly. She revealed on her channel that she began attending the International Culinary Center in New York City to study her passion, farm-to-table cuisine. She holds a culinary degree from the ICC.  In 2016, she founded Love Wellness, a clean, organic, body-positive skin and body care company for women.

Lo has kept out of the spotlight since "Laguna Beach" ended its run more than a decade ago. But in March 2021, she shared details on her Instagram page of a secret health battle. She revealed that she had suffered a traumatic brain injury in 2019 at a restaurant in lower Manhattan. While sitting in a banquet, one of the swinging kitchen doors fell off its hinges and onto her head. She was hospitalized and suffered a severe concussion for months. She had to take weeks off work and the road to recovery to get her memory fully back was long. Two years later, she explained, she still struggles to recall words and struggles to get her thoughts out coherently. She then got mononucleosis on top of it all and laid in bed for months.

Lo and Scott Hochstadt split in 2010 after ten years together. She then moved in with businessman Jeremy Globerson in 2014, but the pair has since parted ways. In 2019, it was reported that she was dating Jimmy DeCicco, the founder of Kitu Super Coffee. 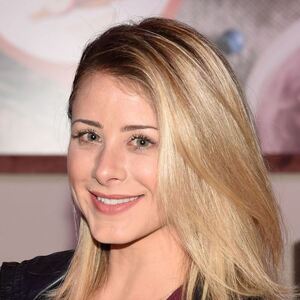