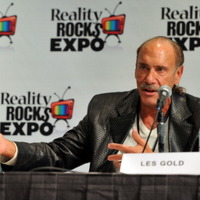 What is Les Gold's net worth and Salary?

Les Gold is a third-generation pawnbroker and the charismatic patriarch of American Jewelry and Loan. Les Gold has a net worth of $5 million. Les Gold is well known for appearing on the TruTV reality series "Hardcore Pawn."

Leslie (Les) Gold was born on June 20, 1950 in Detroit, Michigan. A third-generation pawn salesman, Les is the grandson of a Jewish pawnbroker who owned the defunct pawnshop "Sam's Loans" in Detroit, Michigan. At the age of seven, Les made his first sale at his grandfather's shop. By the time he was 12, he had opened his first business, buying and reselling pizzas by the slice to his fellow students at the high school he attended, The Hebrew School in Michigan. In 1978, Gold opened his first pawn shop called American Jewelry and Loan. it was located at the Green Eight Shopping Center on the infamous 8 Mile Road in Oak Park, Michigan. The store was moved to its current location in 1993, a former bowling alley on Greenfield Road in Detroit, near 8 Mile.

In 2011 he opened a second location in Pontiac. His jewelry store is a 50,000-square-foot empire and he is the boss to more than 45 employees; this hard-nosed, old-school pawnbroker is the epitome of street-smart savvy and known for driving a hard bargain. There are now five locations of the pawn shop across Michigan, which employ around 200 people.

American Jewelry and Loan is more than just a pawn shop, it is a family owned business. All of his children are employed there and he hopes that one day they will take it over. The shop's general manager is Les' son, Seth. He handles all the marketing. His daughter Ashley is the assistant manager. 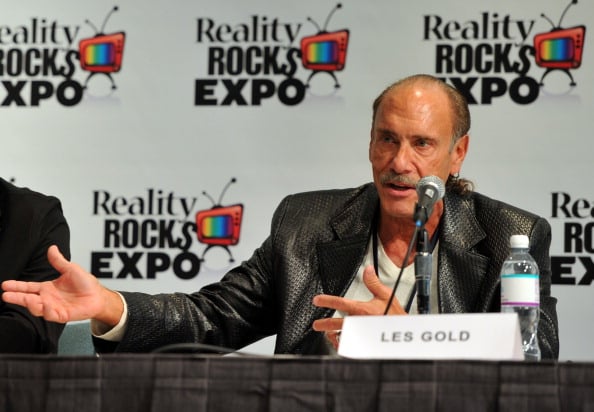 In 2009 Les started a reality show called Hardcore Pawn on TruTV. He had first been approached nearly over a decade prior when indie producer Richard Dominick saw ads for Gold's store during a commercial break of an episode of "Jerry Springer." Dominick approached the Gold family with an idea for a reality TV show based on his pawn shop. Les met the approach with hesitancy, but his son Seth pursued the idea and finally in late 2009 the pilot of "Hardcore Pawn," with Les at the helm as series co-executive producer alongside Mike Hamson. Beginning in season three, Les and Seth were both credited as executive producers.

Hardcore Pawn is an American documentary reality television series produced by RDF USA. The main focus of this show is on the human aspects of drama, conflicts, humor and absurdity between the staff members and their customers. Hardcore Pawn has been accused of being simply a knock-off and a capitalization on the breakout success of Pawn Stars. But Les reassures you that Hardcore Pawn is a more-realistic portrayal of a pawn shop than Pawn Stars. There are all walks of life that come into his pawn shop. It's about the day-to-day operations of American Jewelry and Loan, a family-owned pawn shop. Some scenes in Hardcore Pawn have also been speculated to have been staged; however, Les defends the show, saying that no part of the program was staged. The premiere of "Pawn Stars" drew in 2 million viewers, which was truTV's most-watched premiere in history.

Gold published his first book, an autobiography called "For What It's Worth: Business Wisdom from a Pawnbroker," in June 2013. Published by Penguin/Portfolio, the book details how he established his successful shop and advice for people in the field. On June 30th, 2013, the book hit #4 on the New York Times Best Seller List in the "How-To" category. It went to number 8 in the Hardcover Business Books category the following month.

As far as philanthropy goes, Gold is an active supporter of The Heat and Warmth (THAW) Fund. The organization assists local families in need with paying their electricity and heat bills. He has been known to hold fund raisers at his store. A particular party called "Hardcore THAW" was held in February 2013 raised over $40k for THAW.

Gold has been married to his wife Lilli Gold since 1975.