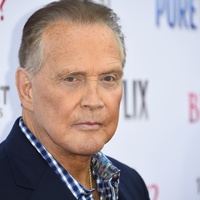 Lee Majors Net Worth: Lee Majors is an American actor who has a net worth of $15 million dollars. Majors is best known for his roles as Heath Barkley in the 1960s television series "The Big Valley" and as Colonel Steve Austin in 1970s series "The Six Million Dollar Man." He also hit pay dirt in the '80s with his role as Colt Seavers in "The Fall Guy."

He was adopted by his aunt and uncle and moved to Kentucky, where he lived until he completed high school in 1957. While in school, he was an accomplished athlete, excelling in both track and football.

Majors' talent in track and on the football field led to a scholarship to attend Indiana University. He transferred to Eastern Kentucky University in 1959. The following year, he suffered a serious back injury during a football game that left him paralyzed for two weeks and also ended his collegiate sports career.

With collegiate athletics in his rear view, Majors set his sights on becoming a football coach and continued his academics. He graduated from Eastern Kentucky with a degree in History and Physical Education in 1962.

After graduation, Majors was offered the opportunity to try out for the St. Louis Cardinals football team, but instead moved to Los Angeles to become a Recreation Director for North Hollywood Park.

While in Los Angeles, he met James Dean's agent who suggested he take classes and give acting a try, which he did. Soon after he changes his name from Harvey Lee Yeary to Lee Majors in honor of professional football player and collegiate coach Johnny Majors, who was his childhood hero.

Majors got his first big break when he was selected over hundreds of other auditioning actors for the role of Heath Barkley in the hit television western The Big Valley, on the ABC network, a role that would last for almost four years.

While still on the payroll for The Big Valley, Majors began making made-for-television films. He was also offered the lead in the big screen production Midnight Cowboy, with Dustin Hoffman. But filming of Midnight Cowboy conflicted with the production schedule for The Big Valley and he had to decline; the role was eventually given to Jon Voight, earning him an Academy Award nomination for Best Actor.

When The Big Valley was cancelled in 1969, Majors appeared in a series of small television roles but in 1973 he began work on the show that would become synonymous with his name, The Six Million Dollar Man.

Majors played the role of former astronaut and U.S. Air Force Colonel Steve Austin, who was injured in a NASA test flight. In a life saving operation, his character was outfitted with bionic limbs which gave him superhuman strength and speed, and a robotic eye with infrared and zoom capabilities which came in handy in his work as a secret agent.

The show was hugely popular and ran from 1973 to 1978, and was a merchandising monster, selling everything from action figures and t-shirts to children's lunchboxes.

ABC decided to launch a spin-off of the show featuring Steve Austin's love interest Jaime Sommers. The Bionic Woman aired in 1975, starring Lindsay Wagner, and successfully ran alongside The Six Million Dollar Man, until they were both cancelled in 1978.

Not content to fade into retirement after the massive success he experienced with The Six Million Dollar Man, Majors scored another win with The Fall Guy.

Majors played the lead role of Colt Seavers, a Hollywood stuntman who also doubles as a bounty hunter. The show proved to be immensely popular when it hit the air in 1981, and ran until 1986, capping off a successful television career spanning over three decades.

He dusted off his acting cap again in 2006, taking the role of Coach Ross in the CW Network television series The Game which ran until 2009.

Lee Majors has been married four times and has four children.

His most notable marriage was to Farrah Fawcett from 1973 to 1982. They were considered a Hollywood power couple throughout the 1970's with each having extraordinarily successful careers. While married, Fawcett went by Farrah Fawcett-Majors.

Majors married Playboy Playmate Karen Velez in 1988. The couple had a daughter, and twin sons. The marriage ended in 1994.

He married actress Faith Cross in 2002

He was honored with a star on the Hollywood Walk of Fame on September 5, 1984 in recognition of his contributions to the television and film industries.