R. Lee Ermey Net Worth: R. Lee Ermey was an American actor who had a net worth of $12 million dollars at the time of his death in 2018. Born in Emporia, Kansas, in 1944 as Ronald Lee Ermey, R. Lee Ermey is probably most famous for playing Gunnery Sergeant Hartman in "Full Metal Jacket".

Ermey enlisted in the Marines in 1961 and became a drill instructor around the country within a few years. He served in Vietnam and Okinawa before receiving a medical discharge for injuries sustained during his deployments. He scored his first movie role in 1978 with an appearance in "The Boys in Company C", where he played an onscreen drill instructor. Ermey followed that up with a part in "Apocalypse Now" and he continued to act in several movies until he landed the role of Gunnery Sergeant Hartman in "Full Metal Jacket", for which he was nominated for a Golden Globe for Best Supporting Actor. He has dozens of film credits to his name, including "Purple Hearts", "Se7en", "Dead Man Walking", "Mississippi Burning", "Man of the House", the "Texas Chainsaw Massacre" and "Toy Soldiers". Ermey voices characters in animated films, including the "Toy Story" franchise, and on TV shows such as "Kim Possible", "Family Guy", and "SpongeBob SquarePants". He has appeared on TV in commercials for various brands, including GEICO and Coors Light, and he is the official spokesman for companies such as Glock, Tupperware and Hoover. He and his wife, Nila, were married in 1975 and have four children together. The decorated veteran has received military honors that include the Vietnam Service Medal, the Vietnam Gallantry Cross and the National Defense Service Medal. R. Lee Ermey died on April 15, 2018 at the age of 74. 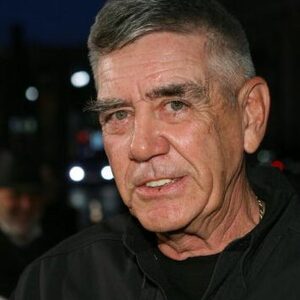