Leah Messer net worth: Leah Messer is a reality television personality who has a net worth of $50 thousand dollars. Born in Elkview, West Virginia, Leah Messer's life was chronicled as part of the second season of "16 and Pregnant" on MTV. Pregnant with twins, the pregnancy becomes complicated when she goes into labor early. She eventually gives birth to her children, but her relationship with her boyfriend, which was only in the early stages in the first place, eventually falls apart. She was unable to complete her senior year, due to the birth of her children, and she finds herself without a strong support system. She was chronicled again in the series "Teen Mom 2", and reconciled with the twins' father, ultimately marrying him. However, the marriage did not work out. They divorced in 2011. She began dating another man during the series, and became pregnant again. As of mid-2011, the were engaged and married, but in 2015, after a long series of problems, the couple divorced. 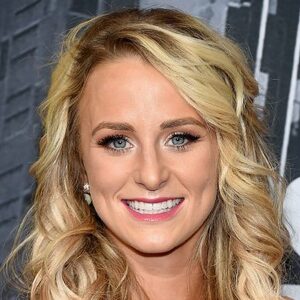