What is La Toya Jackson's Net Worth?

La Toya Jackson is an American singer, songwriter, author, actress, and television personality who has a net worth of $1 million. La Toya is a member of the famed Jackson family, along with siblings Michael, Janet, Tito, and Jermaine. She has released nine studio albums, including her 1980 self-titled debut, 1990's "Bad Girl," and 1995's "Stop in the Name of Love," and an EP, 2011's "Starting Over."

She posed for "Playboy" in 1989 and 1991 and accused her father of physical and sexual abuse in her 1991 autobiography, "La Toya: Growing Up in the Jackson Family." La Toya was estranged from her family for years but reconnected with them after brother Randy helped her escape her controlling and abusive husband, Jack Gordon. Jackson has been a contestant on the reality shows "Celebrity Big Brother" (2009), "Celebrity Apprentice" (2011), and "All-Star Celebrity Apprentice" (2013), and she had her own reality show, "Life With La Toya," on the Oprah Winfrey Network from 2013 to 2014.

La Toya Jackson was born La Toya Yvonne Jackson on May 29, 1956, in Gary, Indiana. She is the fifth child of Joe and Katherine Jackson, and after Katherine became a Jehovah's Witness in 1965, La Toya and her nine siblings followed suit. At age 16, Jackson performed a tap-dancing routine in Las Vegas, among other cities, and though she enrolled in college after graduating from Cal-Prep in 1974, she dropped out after her father demanded that she pursue a show business career. La Toya appeared in every episode of CBS's "The Jacksons" from 1976 to 1977, and she formed a band with sisters Janet and Rebbie in the late 1970s but later decided to go solo due to creative differences in the group.

Jackson released her first album in 1980, and it reached #26 on the "Billboard" Top R&B Albums chart and included the singles "If You Feel the Funk" and "Night Time Lover" (which featured backing vocals from Michael, who also produced and co-wrote the track). La Toya released four more albums during the 1980s: "My Special Love" (1981), "Heart Don't Lie" (1984), "Imagination" (1986), and "La Toya" (1988). In 1985, she participated in the recording of the charity single "We Are the World," which went on to win four Grammys. In 1990, Jackson released her sixth album, "Bad Girl," and the single "You and Me" reached #28 on the Italian charts after her performance at the Sanremo Music Festival. She followed it with 1991's "No Relations" and a 1992 show, "Formidable," at the Moulin Rouge in Paris, which reportedly earned her $5 million, but she left before her contract was up. Under the management of husband Jack Gordon, La Toya's career began to decline, and she filed for bankruptcy in the mid-1990s in order to avoid paying the Moulin Rouge the $550,000 she owed for failing to fulfill her contract.

Jackson released an aerobics video, "Step-Up Workout," in 1993 and starred in the video "Playboy Celebrity Centerfold: La Toya Jackson" the following year. She put out a country album, "From Nashville to You," in 1994, and a Motown album, "Stop in the Name of Love," in 1995. In 2004, La Toya released the singles "Just Wanna Dance" and "Free the World," which reached #13 and #24, respectively, on the "Billboard" Hot Dance chart. A few years later, she turned to reality television, appearing on "Armed & Famous" in 2007 and "Celebrity Big Brother" in 2009. After her brother Michael passed away, Jackson released the single "Home," dedicating it to the King of Pop and donating the proceeds to AIDS Project Los Angeles; she also raised money for the charity when she competed on "Celebrity Apprentice" in 2011. That year, La Toya also served as a guest judge on "RuPaul's Drag Race" and "America's Next Top Model" and released her EP, "Starting Over," and she appeared in the off-Broadway musical "Newsical" two years later. In 2018, she portrayed Cleopatra in "The Last Sharknado: It's About Time" and won $25,000 for Race to Erase MS while competing on the Food Network's "Worst Cooks in America," and she appeared on "The Masked Singer" in 2019. 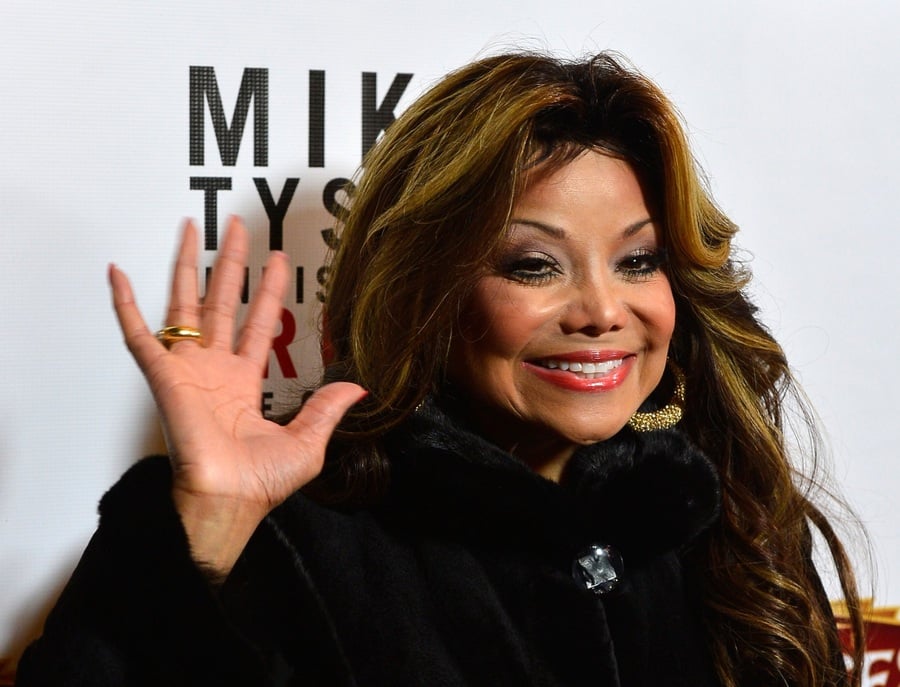 In 1987, La Toya's father hired Jack Gordon to co-manage her, and he later became her full manager and encouraged a sexier public image for her. The Jehovah's Witnesses soon disfellowshipped Jackson, and she left her family's compound in Encino, California, to move to New York City. La Toya married Gordon on September 5, 1989, in Nevada, and she later claimed that she was married against her will. She asked Jack for an annulment six months later, and he responded by bashing her head against a table. After this incident, Jackson lost contact with her family, and Gordon spent the next decade controlling and abusing her. He also took La Toya's passport, put her bank accounts in his name, and monitored her phone calls. In 1993, Gordon beat Jackson with a chair until she lost consciousness; he was arrested, but police released him after he said that he attacked La Toya in self-defense. Later that year, Jack called a press conference and made La Toya read a statement saying that she believed the sex abuse allegations against her brother Michael. Jackson later stated that Gordon said he would have Michael and Janet killed if La Toya didn't do what he demanded.

When Jackson learned that Gordon was planning to force her to star in a pornographic film, she called her brother Randy, who flew to NYC and helped her escape while Jack was away from home. La Toya filed for divorce and took Jack to civil court for abusing her. In March 1998, a judge granted Jackson a restraining order and ordered Gordon to pay her $350,000 as well as $15,000 for her attorney fees; in La Toya's 2011 autobiography "Starting Over," she revealed that Jack never paid the settlement. Jackson ended her estrangement from her family after leaving Gordon and began living alone, refusing to leave her house the first six months because she was so afraid of Jack. She later became engaged to her business partner, Jeffré Phillips, but they called off the engagement in 2015.

Jackson won a Grammy for Best Reggae Album in 1986 for her role in producing, writing, and arranging Jimmy Cliff's "Cliff Hanger," and she earned a nomination for Best Reggae Recording for co-writing Cliff's song "Reggae Nights." Her song "Baby Sister" won an Outstanding Song Award at the World Popular Song Festival in 1985, and she was honored with a US Congressional Tribute for "taking time out of her busy schedule to take part in the 'Beat It' rally and to support the Stay in School Campaign." La Toya received a footprint ceremony on Rotterdam's Star Boulevard Walk of Fame in 1991, and West Hollywood's Millions of Milkshakes named a signature milkshake after her. 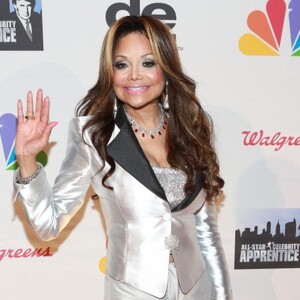