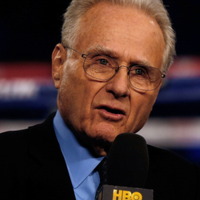 Larry Merchant net worth: Larry Merchant, known for his hard hitting (pun intended) reporting on HBO's boxing presentations, has a net worth of $7 million. He is a longtime commentator of HBO's World Championship Boxing, Boxing After Dark and all of HBO's pay-per-view telecasts. Originally from Brooklyn New York, he has always had an interest in sports in general. Originally a columnist for The Philadelphia Daily News and The New York Post, he moved to HBO in 1978 as a sports analyst and has stayed ever since. Like Madden was for football, Larry Merchant has carved out a place for him in the boxing world, where he is defined as the THE announcer of the sport. It isn't HBO boxing without Larry Merchant. This has also helped him make large deals with video game makers to use his likeness and voice for pretty much every boxing game of the last 10 years.