What was Larry King's net worth and salary?

Larry King was an American radio and television journalist who had a net worth of $50 million at the time of his death. He was best known for hosting his CNN show "Larry King Live" on CNN. Larry King died on January 23, 2021 at the age of 87.

Larry King was born Lawrence Harvey Zeiger in Brooklyn, New York, on November 19, 1933. He was the son of Lithuanian-born Jennie, a garment worker, and Aaron Zeiger, a restaurant owner originally from Austria-Hungry. King attended Lafayette High School in Brooklyn. When he was a teenager, his father died of a heart attack at age 44 which resulted in his mother, brother, and himself having to be supported by welfare. Losing his father young greatly affected Larry, and he eventually lost interest in school. From an early age he wanted to work in radio. King would have to venture to Miami, Florida to jump-start his career in radio.

He first hit the airwaves in 1957 on WAHR, after some initial setbacks with settling in Miami. Initially hired to clean up around the studio and perform odd jobs around the office, one of the station's announcers abruptly quit and Larry got his chance to be on air. His first broadcast was on May 1, 1957, as a disc jockey on the 9 a.m. to noon slot. He also did two afternoon newscasts and a sportscast. He was paid $50 a week. The station manager suggested he change his name to sound less "ethnic." Within two years he had legally changed his name to Larry King, which he picked up from an advertisement in the Miami Herald for King's Wholesale Liquor.

He began conducting interviews on a mid-morning show for WIOD at Pumpernik's restaurant in Miami Beach. He would interview whoever walked in–his first interview was with a waiter at the restaurant. Two days later, singer Bobby Darin walked in randomly and became King's first-ever celebrity interview.

Three years later, King graduated to television when he began hosting a show called "Miami Undercover." The show turned Larry into a local celebrity. He also got further exposure when he became a color commentator for the Miami Dolphins football team.

King's popularity could not save him from a brush with the law when he was accused of grand larceny by former business partner Louis Wolfson in December 1971. He was arrested in Miami and temporarily fired. He was eventually hired to work on the Mutual Radio Network (now the Mutual Broadcast System) where he quickly went national with "The Larry King Show", which gained a devoted audience and over five hundred affiliates.

In June 1985, King became a household name with "Larry King Live", which currently ranks as CNN's longest-running television program. He would interview prominent leaders, politicians, and various figures in the entertainment industry. King would do his CNN show from 9-10 p.m. then travel to the studios of the Mutual Broadcasting System to do his radio show. King became known for his direct, non-confrontational approach in his interviewing style. He gained a reputation for his delivery of easy and open-ended questions posed to his interviewees. King has conducted over 30,000 interviews in his career. During his time on "Larry King Live," King also wrote a newspaper column in USA Today for over 20 years.

At his peak, millions of people watched "Larry King Live" on CNN. Among King's awards are ten Cable ACE Awards, two Peabody Awards and a Golden Mike Award. King had numerous celebrity figures substitute for him over his time on CNN, among them comedian Kathy Griffin, journalist/news anchor Dan Rather, and Kermit the Frog. On June 29, 2010, King announced he would be stepping down from his nightly hosting job after 25 years. Piers Morgan, a British TV personality and journalist, was named as King's replacement. The final episode of "Larry King Live" aired on December 16, 2010.

In May 1998, at the peak of his success at CNN, Larry signed a new contract that doubled the salary he had been earning previously. The deal raised his salary to be commensurate to other popular news anchors at the time. At the time of signing, "Larry King Live" was the highest-rated show on CNN.

According to the terms of the deal, Larry King's 1998 contract guaranteed him a salary of $7 million per year over five years, for a total of $35 million. Earning $7 million in 1998 is the same as earning around $13 million in today's dollars. In addition to the salary bump, Larry also received a chunk of stock options in CNN's parent company Time Warner and a generous signing bonus believed to be worth roughly $5 million. Speaking to the NY Times about the contract on the day it was announced, Larry said:

"With everything that's included in the deal, I'll be in the same ball park as the network guys. I certainly never thought they would pay this kind of money. I think it shows that cable is competing on all levels now. 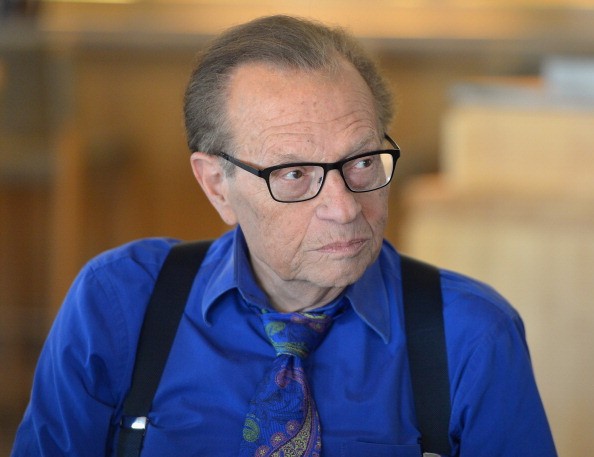 In March 2012, King co-founded production company Ora TV, where he began hosting "Larry King Now." The show is exclusively carried by Hulu and RT America. King also hosts a Thursday night political talk show, "Politicking with Larry King." King expressed in 2017 that he has no intention of ever retiring and expects to host his talk show programs until he dies. 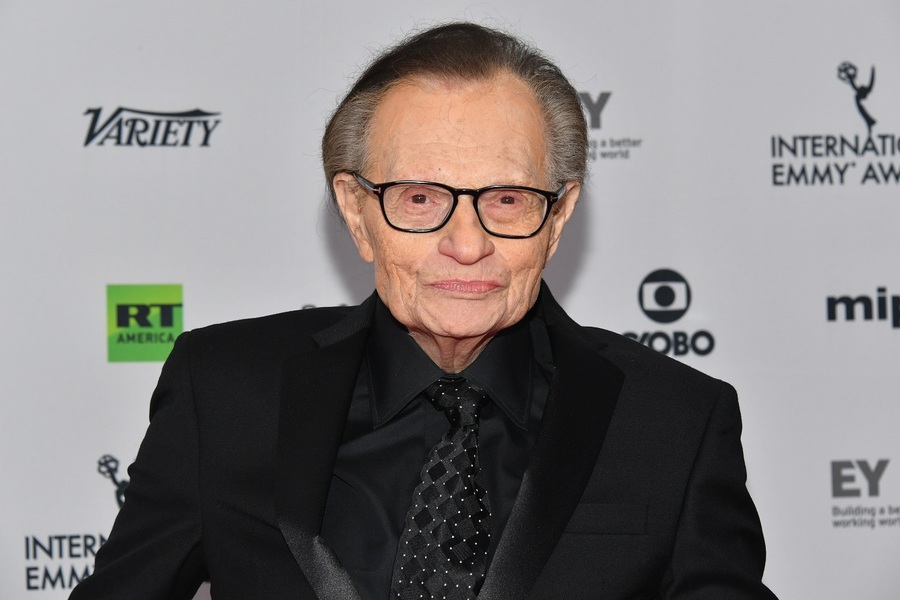 King has made numerous self-appearances in film and television including Ghostbusters, Shrek 2 and 30 Rock. King also played himself in 2016's "The People v. O.J. Simpson: American Crime Story."  In 2012, he hosted the third-party presidential debate on Ora TV. He was the moderator of the sixth Kazenergy Eurasian Forum in Kazakhstan in October 2011. From 2012-2013, Larry hosted "In View with Larry King," an educational TV series. King is very active on Twitter and posts comments and thoughts on a wide variety of subjects. King also makes various TV infomercials.

King's personal life has received maybe as much attention as his popular show. He has five children from eight marriages. He married high school sweetheart Freda Miller at age 19, and the marriage was annulled one year later. He married Playboy Bunny Alene Akins twice! Their first marriage lasted just one year from 1962-1963. They reunited and remarried in 1969 and divorced a second time in 1972. His most recent marriage to Shawn Southwick lasted from 1997 until he filed for divorce in 2019.

Larry has also suffered from numerous medical issues, mostly relating to his heart. He suffered his first major heart attack in 1987 that required a quintuple bypass surgery. After that, he founded the Larry King Cardiac Foundation, which pays for life-saving heart operations and procedures for people who otherwise would not be able to afford them.  As recently as April 2019 he had a heart attack. In November of that same year, he revealed he had also suffered a stroke that had left him in a coma for weeks. After his stroke, he suffered from suicidal thoughts.

In August 2020, it was reported that two of King's children, Andy and Chaia King, had died within a few weeks of each other.

King resided in Beverly Hills and was frequently seen behind home plate at Dodger's games. 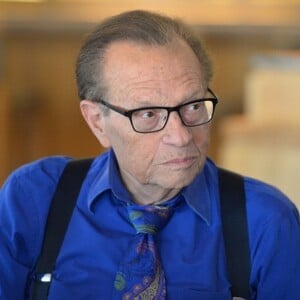