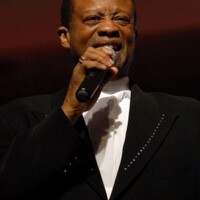 Larnelle Harris net worth: Larnelle Harris is an American gospel singer and songwriter who has a net worth of $3 million. Larnelle Harris was born in Danville, Kentucky in July 1947. In his more than 30 years of ministry Harris has recorded 18 albums. He first recorded two albums with the group First Gear before going solo. Harris released his debut solo album Larnelle…More in 1977. From 1984 to 1987 he was a member of the Gaither Vocal Band. Harris is well known for his duets with Sandi Patty. His song "Mighty Spirit" was featured in a TV campaign for the Points of Light Foundation which was headed by President George H. W. Bush in 1993. Harris has won five Grammy Awards including two for Best Gospel Performance by Duo or Group, two for Best Gospel Performance, and one for Best Solo Gospel Performance. Harris has also won ten GMA Dove Awards.