Lang Lang net worth: Lang Lang is a Chinese concert pianist who has a net worth of $30 million.  A very successful concert pianist, Lang Lang, has performed concerts for many dignitaries such as, Queen Elizabeth, President Obama, and Vladimir Putin.  He has also performed at Carnegie Hall, Royal Albert Hall, and other major classical music venues around the world.  He is the pianist for the soundtrack for "The Painted Veil", which won a Golden Globe.

Lang Lang was born in Shenyang, Liaoning, China in June 1982. He was inspired to play piano after watching an episode of Tom and Jerry. He started piano lessons at three years old and at five he won first place in the Shenyang Piano Competition. He was expelled from his tutor's school for not having enough talent. He studied at the Central Conservatory of Music in Beijing. He has won the Xing Hai Cup Piano Competition, the International Competition for Young Pianists, and the International Tchaikovsky Competition for Young Musicians. At 14 Lang was a featured soloist for the China National Symphony's inaugural concert. He then studied at the Curtis Institute of Music in Philadelphia. He is the first Chinese pianist to play for the Berlin Philharmonic and Vienna Philharmonic. He joined Google and YouTube in 2008 for the project YouTube Symphony Orchestra. He has performed for dignitaries such as President Barack Obama, Secretary-General of the United States Kofi Annan, Queen Elizabeth II, Prince Charles, Russian Prime Minister Vladimir Putin, and more. He performed during the opening ceremony in Beijing for the 2008 Summer Olympics where up to a billion people saw him play. Lang collaborated with Metallica for the 56th Annual Grammy Awards in 2014. His autobiography was released in 2008. He made Time magazine's 2009 list of the 100 Most Influential People in the World. He became the Cultural Ambassador to China for the Recording Academy in 2008. 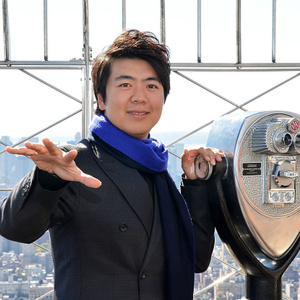