Lance Burton net worth: Lance Burton is an American magician who has a net worth of $100 million dollars. William Lance Burton was born in Louisville, Kentucky in March 1960. He got into magic at five years old after he volunteered at a magic show at his mother's company Christmas party. Lance's neighbor gave him a magic book.

He quickly learned the tricks and performed them for neighborhood children. Harry Collins became a mentor to Burton. In 1977 Lance entered his first magic competition and won first place. The International Brotherhood of Magicians awarded him the Gold Medal of Excellence in 1980. Burton moved to Southern California and appeared on The Tonight Show. He has since appeared on the show 10 times with Johnny Carson as host and another 10 with Jay Leno hosting. He spent nine years with a show in Las Vegas at the Folies Bergere. He was the first American and youngest person to ever win the "Grande Prix" of the 1982 FISM competition. He signed a 13 year contract with the Monte Carlo Resort in Las Vegas in 1994 which included the Lance Burton Theater. During that he run earned nearly $110 million. His final show at the Monte Carlo was in September 2010. He performed over 5,000 shows there for more than half a million people. He has won two Magician of the Year Awards from the Academy of Magical Arts and the 1998 Blackstone Theatre Award. 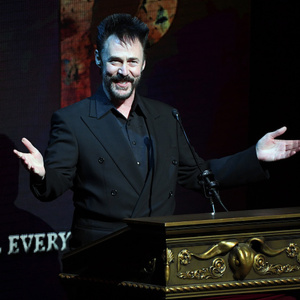