She grew up Mormon in the Church of Latter Day Saints, Schwimmer latched on to the world of dancing from a very young age. By the age of ten, Schwimmer had come in first place in the Young America Division at the 1998 U.S. Open Swing Dance Championships. From there, her star continued to rise well into adulthood, when she got a job as a dancer on the popular dancing competition show So You Think You Can Dance. Of some interest to trivia hounds and show business fanatics may be this interesting fact: Lacey Schwimmer is the second cousin of actor and director David Schwimmer, who is of course best known for his work as Ross Gellar on the NBC sitcom Friends, but has also appeared on the improvised HBO sitcom Curb Your Enthusiasm and recently directed the dramatic thriller Trust. Lacey Schwimmer, thanks to her success as a dancer, has given her famous family even more to be proud of. 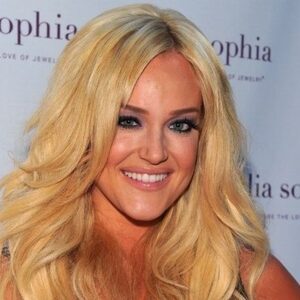