How much is Kumail Nanjiani Worth?

Kumail Nanjiani net worth and salary: Kumail Nanjiani is a Pakistani-American stand-up comedian, actor, and podcast host who has a net worth of $8 million. Kumail Nanjiani was born in Karachi, Pakistan in February 1978. He moved to the United States at 18 years old. As an actor he starred as Kumail in the television series Michael & Michael Have Issues in 2009 and as Dwane in the TV series Googy in 2011. In 2013 Nanjiani starred as Zakir in the television series Burning Love. From 2011 to 2014 he starred as Pindar Singh in the series Franklin & Bash. Nanjiani has starred as Amir Larussa in the TV series Newsreaders since 2013.

Between 2014 and 2019 he starred in the series Silicon Valley as Dinesh Chugtai. He has also starred in the movies Life as We Know It, The Five-Year Engagement, The Kings of Summer, Hell Baby, The Last of the Great Romantics, Sex Tape, Hot Tub Time Machine 2, Hello, My Name Is Doris, and Loaded. Nanjiani co-hosts the show The Meltdown with Jonah and Kumail and hosts the podcasts The Indoor Kids and The X-Files Files. In 2017, Kumail Nanjiani's move The Big Sick was released to critical and commercial success. Kumail wrote the movie with his wife Emily Gordon. The movie, which tells the story of their real-life courtship, was nominated for an Academy Award for Best Original Screenplay. 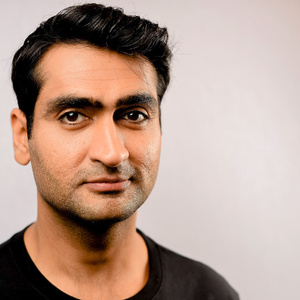