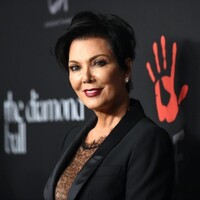 What is Kris Jenner's net worth and salary?

Kris Jenner is an American reality television star, producer, media personality and author who has a net worth of $170 million. A businesswoman and entrepreneur, Kris Jenner is probably most famous for appearing on the reality show "Keeping Up with the Kardashians" and for being the mother of reality starlets Kim Kardashian, Kourtney, Khloe Kardashian and Kylie Jenner and Kendall Jenner.

Kris Jenner, formerly Kris Kardashian, formerly Kristen Mary Houghton, is the mother of all things Kardashian, quite literally.  She first caught the nation's attention as the wife of Robert Kardashian.  Her former husband was part of O.J. Simpson's defense team, and she was Nicole Simpson's best friend.  The publicity surrounding the trial proved to be the perfect launchpad for Ms. Jenner's pop culture ascension.  She has since published a book, "Kris Jenner and All Things Kardashian", and has starred in multiple reality shows about her family, including ,"Keeping Up with the Kardashians", "Kourtney and Khloe Take Miami", "Khloe and Lamar", and "Kourtney and Kim Take New York".  She has also appeared on such shows as "The Talk", "Good Morning America", and "America's Next Top Model".

Kris Jenner was born Kristen Mary Houghton on November 5, 1955 in San Diego, California to parents Mary Jo Shannon and Robert True Houghton. Her childhood was rocky, and she has described her father as having a toxic personality and her parents always fighting. Her parents divorced when she was seven years old, and her mother received full custody of the children due to domestic problems. Robert left the picture completely, and Mary Jo raised Kris and her younger sibling Karen in Clairemont, California. A few years later, her mother remarried a man named Harry Shannon. Kris graduated in 1973 from Clairemont High School. After high school, she did a stint working at a donut shop, and she also worked for one year as a flight attendant for American Airlines.

Kris married Robert Kardashian on July 8, 1978, The two met when she was just 17 years old. The couple had three daughters, Kourtney, Kim, and Khloe, as well as a son named Rob. Robert Kardashian was famous for being one of OJ Simpson's high-powered defense attorneys during his murder trial in the 1990s. Robert and Kris divorced in 1991. In 2003, Robert died of esophageal cancer.

Kris married former Olympic athlete Bruce Jenner in 1991. They were engaged just five months after they met. Bruce and Kris have two daughters together, Kendall and Kylie. Kris became Jenner's manager when they got married, directing the family's franchise through negotiating endorsement deals and promoting his career. 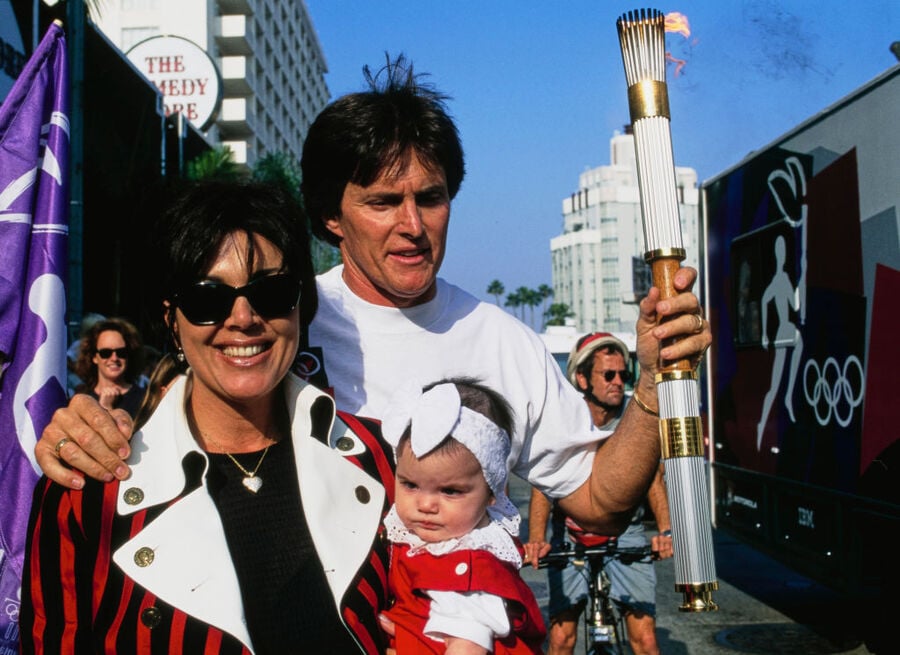 The couple separated in June 2013 and finalized their divorce in December 2014. Bruce began identifying as female, then came out as transgender in April 2015 and officially changed his name to Caitlyn.

In 2007, Kris Jenner met with producer Ryan Seacrest and pitched a reality show idea that would feature Kris and her family's everyday life as celebrity influencers. She was given the idea by television producer Deena Katz, who had visited her quirky home, was entertained by what she experienced, and realized the reality show potential. Seacrest had his own production company and sent a cameraman to capture the family in their natural habitat home life. He reviewed the footage and decided to move forward with the project, keeping the popular MTV show "The Osbournes" in mind as an inspiration. From there, "Keeping Up with the Kardashians" was born. The show was picked up E! entertainment network, and Jenner moved forward as executive producer. The show highlights the drama that comes with having a blended, celebrity family and many children of similar ages. It also focuses on the business ventures and personal lives of the Kardashian and Jenner kids. Debuting on October 14, 2007, "Keeping Up with the Kardashians" has joined the ranks of one of the longest-running American reality television series.

The family franchise is involved in many avenues from clothing, skincare, and fragrance lines, to tell-all autobiographies. The show has led to the spin-offs "Kourtney and Khloe Take Miami," "Kourtney and Kim Take New York," and "Khloe and Lamar."

In 2013, Kris debuted her own daytime TV talk show, however, due to low audience numbers, it was not renewed.

In 2017 Kris co-founded a cosmetics company called KKW Beauty with her daughter Kim Kardashian. In June 2020 cosmetics conglomerate Coty Inc. acquired a 20% stake in KKW for $200 million, giving the company a $1 billion overall valuation. At the time of the sale Kris owned 8% of KKW. That 8% was worth $80 million pre-tax, on paper, after the sale.

Kris was also a silent partner in Kylie Cosmetics. When the same company, Coty Inc, paid $600 million for a 51% stake in Kylie Cosmetics in November 2019, it was revealed that Kris owned a 10% stake. According to filings released by Coty in the months after the sale, Kris sold half her stake as part of the $600 million sale, for a pre-tax windfall of $30 million. Her remaining 5% stake was worth another $30 million. 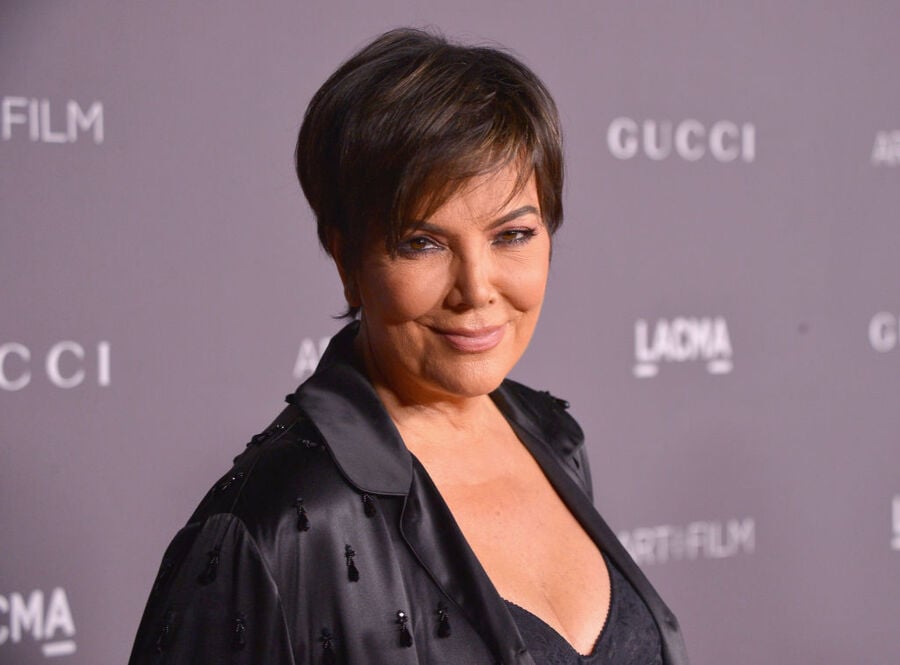 Along with starring on "Keeping Up with the Kardashians", Jenner runs Jenner Communications, based in L.A. She is the manager of her five daughter's careers and has nicknamed herself the "momager" of the family, coining the phrase. Jenner released an autobiography in November 2011 titled "Kris Jenner…and All Things Kardashian". Passionate about cooking, she also wrote a cookbook, "In the Kitchen with Kris: A Kollection of Kardashian-Jenner Family Favorites". It was published in October 2014.

Robert Kardashian was best friends with O.J. Simpson at the time he and Kris married, and Kris quickly became very close to Nicole Brown Simpson, OJ's wife. She was devastated at the news that Nicole had been killed and that family friend O.J was accused of the murder. It was a highly emotional and painful time for the family, as Robert was a lawyer on the defense team for OJ and gained national fame and attention from the media storm during the highly-publicized and heated trial. Kris was pregnant with Kendall during this time, and gave Kendall the middle name Nicole after her dear friend.

When she was 8 years old, Jenner discovered she had a cancerous bone tumor. It did not metastasize, and she was cleared with no evidence of disease after surgery to remove it.

In her memoir, she confessed to infidelity during her time married to Robert, including a repeated affair with soccer player Todd Waterman, which eventually led to their divorce. Kris has been dating entertainment businessman Corey Gamble since 2014. He is 25 years her junior.

In 2012, she underwent a facelift and necklift for Kim Kardashian's wedding to Kris Humphries to ensure she'd look her best for press photos of the day.

From 2017 to 2020, Kris' primary residence was a six-bedroom mansion in Calabasas that she bought in December 2017 for $9.9 million. The home is directly across the street from Kim and Kanye's house. She sold this house in August 2020 in an off-market deal to Katharina Harf, the daughter of Peter Harf who is the CEO of Coty Inc., the very same Coty that bought Kylie's beauty business for $600 million.

In La Quinta, California (near Palm Springs), she owns a $12 million luxurious mansion. She also owns the family's former Hidden Hills mansion which was seen frequently on "Keeping up with the Kardashians". This home is reportedly occupied by her son Rob Kardashian and his daughter from a relationship with former stripper Blac Chyna.