What is Kimora Lee Simmons' Net Worth?

Kimora Lee Simmons is an American model, author and fashion entrepreneur who has a net worth of $200 million. She first became known for being married to Hip Hop entrepreneur Russell Simmons. They divorced in 2009.

Kimora Lee Simmons Leissner (née Perkins), known professionally as Kimora Lee Simmons, was born in St. Louis, Missouri, on May 4, 1975. She is of African American, Korean and Japanese heritage.

After being teased for her height (she was almost 6 feet tall by age ten) her mother enrolled her in a modeling class when she was eleven years old. She signed a modeling contract with Chanel, and was mentored by iconic Chanel designer Karl Lagerfeld. Lagerfeld was inspired by Kimora, calling her the "Face of the 21st Century," calling for more racial inclusion in fashion. She would go on to model for international high-fashion brands like Fendi, Valentino, Emanuel Ungaro, Christian Dior, Roberto Cavalli, Kenzo, Anna Sui and Yves Saint Laurent.

In 1998, Kimora's husband at the time, Russell Simmons, was the head of urban menswear brand Phat Farm. He created a women's brand, named Baby Phat by Kimora Lee Simmons, which was held under the umbrella of Phat Fashions. Kimora became Baby Phat's designer, creating clothes based on what she would want to wear. She was then appointed as President and Creative Director of the brand in 2000. In 2001, Baby Phat had gross revenue earnings of $30 million, and by 2002 the brands of Phat Farm and Baby Phat had combined profits of $265 million. The Kellwood Company acquired Phat Fashions in 2004 for $140 million, but Kimora stayed on as President and Creative Director. Under her leadership, she expanded the brand into a wide array of products, including denim, accessories, jewelry, swimwear and fragrance lines. She was named President of Phat Fashions in 2006, and ultimately left the company in 2010.

However, even after leaving the company, she retained ownership of all of the licensing rights for her fragrance and cosmetics collections. The perfumes include "Baby Phat Goddess" (2005), "Golden Goddess," "Seductive Goddess," "Baby Phat Fabulosity," "Luv Me" and "Baby Phat Dare Me." They were sold in department stores across America like Sears and Macy's. She announced in 2019 that she had re-acquired Baby Phat.

Other ventures by Kimora include the Simmons Jewelry Company, which marketed jewelry items under the Phat Farm and Baby Phat labels. She also partnered with Sanrio Ltd. In 2006 to launch the "Kimora Lee Simmons for Hello Kitty" line, sold in Neiman Marcus. Another Hello Kitty collection was released with Zales Corporation in 2008. In 2006 she also partnered with Sephora and Macy's to launch her own cosmetics brand, KLS Cosmetics. She continued her relationship with Macy's launching her KLS fashion collection with the department store in 2010, and the Kouture by Kimora brand that was exclusive to Macy's. In 2011, Kimora partnered with Swiss skincare company Makari deSuisse to launch an anti-aging skincare line target towards multi-ethnic women. She entered the luxury market with the launch of her KIMORA LEE SIMMONS high fashion collection, distributed through Bloomingdales, Lord & Taylor and Farfetch.

In 2012, Kimora took the position of President and Creative Director for the personalized shopping website JustFab. She ran the company until 2015. Under her direction, JustFab grew into a prominent player in the realm of fashion subscription services. 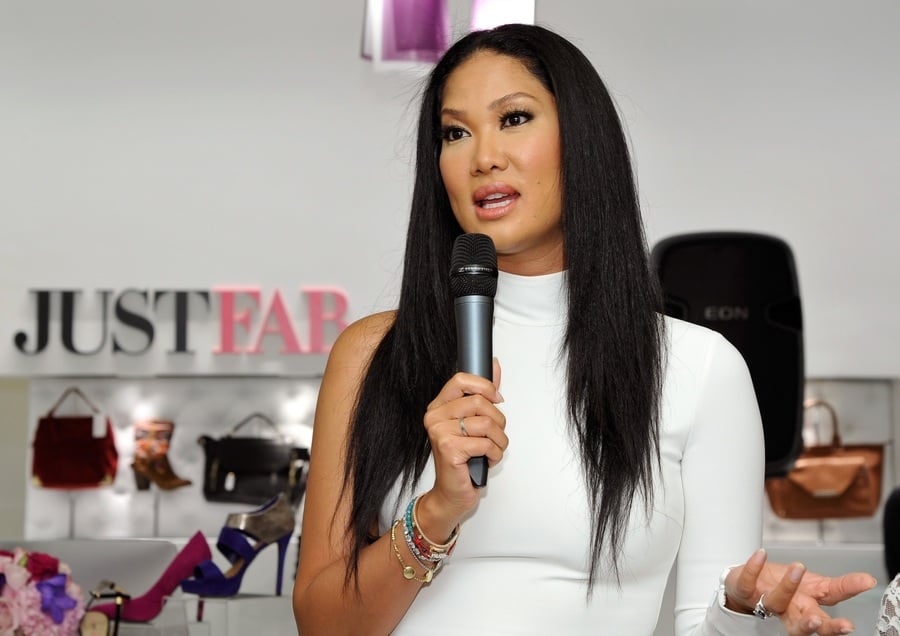 Television Career and Other Projects

Kimora's first television hosting role was "One World Music Beat" in 1998. She then went on to host the syndicated talk show "Life and Style" in 2004, produced by Sony Pictures Television. Other television projects Kimora has pursued include her E! show "Kimora: Life in the Fab Lane," which premiered in 2007 and aired for 7 seasons; "Kimora: House of Fab," which debuted in 2013 on the Style Network; and she was a judge on the first season of Tyra Banks' reality competition show "America's Next Top Model."

Other projects she has worked on include her 2006 book "Fabulosity: What It Is and How to Get It" and music video appearances for artists like Ginuwine, Usher and Jay-Z. Additionally, she produced the show "Def Poetry Jam" in Broadway, which won her a Tony Award for a Special Theatrical Event in 2003.

Kimora married Russell Simmons in December 1998. Together, they have two daughters, Ming Lee Simmons (born 2000) and Aoki Lee Simmons (born 2002). They separated in 2006, and finalized their divorce in 2009. In the summer of 2008, she began a relationship with actor Dijmon Hounsou, and gave birth to their son Kenzo Lee Hounsou in 2009, before the couple split in 2012.

Kimora married Tim Leissner in February 2014, and gave birth to their son Wolfe Lee Leissner in 2015. Leissner was a partner at Goldman Sachs for many years. He resigned from Goldman in the wake of the infamous 1MDB Malaysia corruption scam which cost the bank over $1 billion in fines and other costs. In 2018 Leissner pleaded guilty to money laundering charges and agreed to forget $43.7 million in income. Leissner allegedly helped scam artist Jho Low bilk Malaysia out of $4.5 billion between 2009 and 2014. Along the way Leissner and a partner earned $200 million in fees from the scheme.

In 2006, soon after separating from Simmons, Kimora paid $8.5 million for a 13,000 square-foot mansion in Beverly Hills. Years later, after buying a new much larger Beverly Hills mansion, Kimora began renting this property out for as much as $55,000 per month.

In 2014, soon after marrying, Kimora and Tim paid $19 million for a New York City apartment. 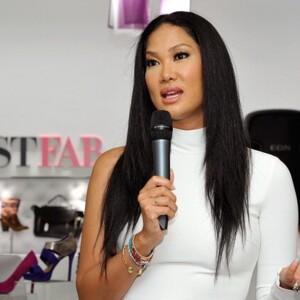