Kim Granatell Net Worth: Kim Granatell is an American reality television personality who has a net worth of $20 million dollars. Kim Granatell first came into the public eye as a player on the Real Housewives of New Jersey and is known for 'bringin' it' and not holding anything back. She has been extremely outspoken about the busting of her co-stars the Guidices (Teresa and Joe), who have been facing the possibility of imprisonment and possible deportation since being exposed for bankruptcy fraud, mail fraud and other charges following a 41-count indictment. In reference to Granatell's nemesis Teresa Guidice, she was quoted as saying, "That's her way of life. She doesn't know any other way of life. She's very calculating, yeah she donated it to charity, I think it's called the Teresa charity. '$24.50 for me and $.50 for them.' If you are donating it to charity, you don't ask for cash… If you're in debt or whatever she is involved in, in terms of lawyer fees and all the nonsense and everybody she owes, you're not handing all of that to charity. You're taking some from the little pot here." Famous for pretty much nothing, Granatell grabbed another 15 minutes of fame when she began dating actress Lindsay Lohan's father Michael, gushing in public about her whirlwind romance with Lohan, reportedly saying, "He is always so willing to help out. He is very outgoing and nice and kind to everyone. He likes to get up before me and makes breakfast or goes out and gets it. I have never had anyone wait on me like that. As far as a lover, I don't want to comment other than he is very affectionate …I am the calming factor in his life. I like his family, his mom and I know they like me." As far as where Kim Granatell's own money comes from…she reportedly scored from her ex-husband's involvement with Estée Lauder cosmetics. 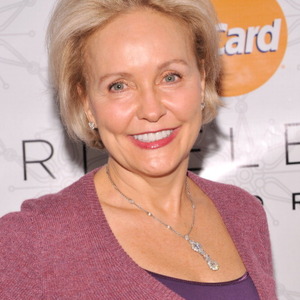