In April 2010, Eubanks announced that he was stepping down as band leader to pursue other touring and recording opportunities outside of late night television. Kevin Tyrone Eubanks was born in Philadelphia, Pennsylvania in November 1957. He was born into a musical family that included pianists and a trumpet and trombone player. Kevin studied trumpet, violin and piano, but eventually chose the guitar. He attended the Berklee College of Music before moving to New York. He started performing jazz and played in India, Pakistan, and Jordan. He had his first album titled Guitarist released on Elektra and has since gone on to appear on over 100 albums. He started his own label Insoul Music in 2001. He taught in Canada and Italy, as well as Rutgers University. He started playing with The Tonight Show Band in 1992 and composed the show's closing theme song. He took over as band leader in 1995 when Branford Marsalis left. In addition to leading the band Eubanks would sometimes interact and joke with Leno during the show. Eubanks left The Tonight Show in 2010 to refocus on his music. He is a pescetarian and a big fan of Philadelphia sports teams. Eubanks was voted PETA's World's Sexiest Vegetarian Man in 2007. 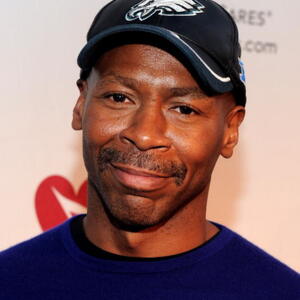