What is Kevin Clash's net worth and salary?

Kevin Clash is a voice actor, puppeteer and co-executive producer who has a net worth of $5 million. Kevin Clash has earned his net worth as a puppeteer on several shows such as Captain Kangaroo, Caboose, and the Great Space Coaster but most notably as the voice of popular Sesame Street character Elmo.

He was also a puppeteer for many of the characters on Sesame Street, as well as the co-executive producer, and Muppet captain for the show. He was also the main puppeteer on The Jim Henson Hour, and has performed on several movies with the Muppets and Jim Henson Characters. He was also involved in the production of many of these movies.

What was Kevin Clash's salary for voicing Elmo? Kevin Clash's exact Elmo salary was not known but most of the big name Sesame Street actors earn between $300,000 and $500,000 per year. According to their 2011 tax releases, Sesame Street paid Caroll Spinney, the actor who plays Big Bird, $314,072. Clash was not listed on the same tax release but as an executive producer he was paid a handsome cut of the profits that Elmo made each year in addition to his base salary. That included merchandise and DVD sales.

Kevin Clash was born in Turner's Station, Baltimore County, Maryland on September 17, 1960. He is one of four children to George Clash, a flash welder, and Gladys Clash, a daycare owner. Inspired by television shows of the era, Clash developed a fascination with puppetry at a young age.

At age 10, Clash made his first puppet, his own version of Mickey Mouse. He later made a monkey puppet out of the lining of his father's coat. He began performing for his mother's daycare pupils, which she ran out of their home. Clash had built nearly 100 puppets by the time he was a teenager. He also performed at venues around Baltimore such as schools, churches, community events and fundraisers.

Clash, while performing at a neighborhood festival, was discovered by Baltimore TV personality Stu Kerr at age 16. Kerr became Clash's mentor and hired him to perform in the Channel 2 show "Caboose." Clash also began building puppets for "Romper Room" around this time. At age 17, he met puppeteer Kermit Love, who recommended that Clash appear as Cookie Monster in the Sesame Street float during the Macy Thanksgiving Day Parade. This is where Clash met Jim Henson, who later became his mentor, boss, and close friend. When Clash was 19, he became a puppeteer for Captain Kangaroo. In 1984, Kevin had to turn down Henson's offer to work with him on "The Dark Crystal" because he was already working for two TV shows at the same time–Captain Kangaroo and "The Great Space Coaster." On the latter, Kevin was working as a producer for the first time.

After Captain Kangaroo was canceled in 1984 and Great Space Coaster ended, Clash was freed up to work with Henson on projects such as the hit film "Labyrinth" and "Sesame Street." Clash began work on "Sesame Street" with early characters such as Hoots the Owl, Baby Natassha, and Dr. Nobel Price. 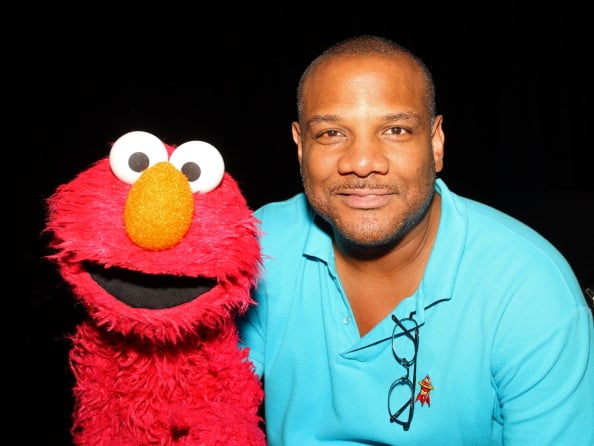 In 1985, Elmo, a furry red monster, was developed for Sesame Street. Three puppeteers had performed Elmo previously, but it was Clash's development of Elmo's distinctive voice and mannerisms that established the character in popular culture. Clash based much of Elmo's character on the preschool children that attended his mother's preschool. Fellow puppeteer Frank Oz had bestowed some advice upon Clash that he took to heart, to always "find one special hook" for a character. Clash decided that Elmo's special characteristic should be that he "represents love." Around this time, Clash worked on the 1985 film "Follow That Bird."

The height of Elmo's ever-increasing popularity came with the "Tickle Me Elmo" crazy in 1996. Clash's responsibilities on the show then increased and he was soon recruiting, auditioning, and training the show's puppeteers. He became the senior Muppet coordinator, writer, director, and co-producer of the Elmo's World segment of "Sesame Street." Clash also worked on the "Teenage Mutant Ninja Turtles" films, "The Jim Henson Hour," "Muppets from Space," "The Muppets' Wizard of Oz," "Muppets Tonight," and continued to perform puppetry for many other characters on "Sesame Street"  In 2007, Clash was promoted to Senior Creative Adviser for the Sesame Workshop. Up until 2011, Clash was the only performer who portrayed Elmo. In 2011, he was featured in the 2011 documentary "Being Elmo: A Puppeteer's Journey."

After a hiatus of several years due to sexual abuse allegations (more on that below,) Clash returned to puppeteering with the film "The Happytime Murders" in 2018, directed by Brian Henson, Jim Henson's son. In 2019, Clash performed in the 2019 Netflix series "The Dark Crystal: Age of Resistance," a prequel to the Henson film from 1982 "The Dark Crystal."

In 2012, 23-year-old Sheldon Stephens alleged that he had been in a sexual relationship with Clash that started when Stephens was a minor. Clash acknowledged the relationship but claimed it was between consenting adults. Another accuser, Cecil Singleton, made similar accusations two weeks later. Lawsuits were filed against Clash and he resigned from Sesame Workshop in November 2012. Sesame Workshop also released the following statement: "Unfortunately, the controversy surrounding Kevin's personal life has become a distraction that none of us want, and he has concluded that he can no longer be effective in his job and has resigned from 'Sesame Street'." Two other accusers later came forward with similar accusations.

The cases against Clash were dismissed in July 2013 due to the statute of limitations: the claims were made more than six years after the accusers "should have become aware of Clash's alleged violations." In April 2014, the decision to dismiss the three lawsuits was upheld by the U.S. Court of Appeals

Clash was married for 17 years to Genia Clash. The two got divorced in 2003. Clash publicly revealed his homosexuality in response to the allegations of sexual abuse in November 2012. He stated: "I am a gay man. I have never been ashamed of this or tried to hide it, but felt it was a personal and private matter." Clash has a daughter, Shannon, who was born in 1993. In June 2015, he sold his Manhattan apartment and moved to Los Angeles. 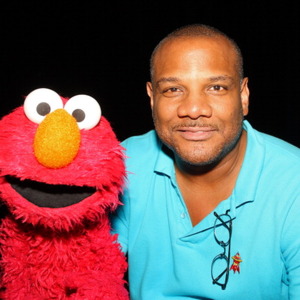