Kenny Hotz Net Worth: Kenny Hotz is a Canadian actor, director, producer and comedian who has a net worth of $2 million. Born on May 3, 1967 in Toronto Ontario, he managed to complete his studies at the Ryerson University. No later than 2006 he saw the fruits of his talent with the "Best Fiction Article of the Year" that he was awarded with.

Thanks to his creative spirit, Hotz remained persistent in making documentary films and news photography. Then, he elevated his career by directing the documentary called "Pitch", which made him quite famous among the Toronto Film Festival high status lovers. Once he established himself as a rising director on the Festival, he went on to work with sound names in the industry. Among his most successful television credits to date are "Doctor Who", "Bing Bang theory" and "King of Earth". As contemporary audiences have probably noticed these are the projects that made him stand out from the rest of the Hollywood crowd. His successful presentation as a comedian and a very attractive personality has earned him many fan credits that are filled with exaggeration, like "Oh, God" and "Very hot". Put among the most expressive total TV catches, he has been able to claim his position at the top of his category with Jim Carrey and Jack Black. 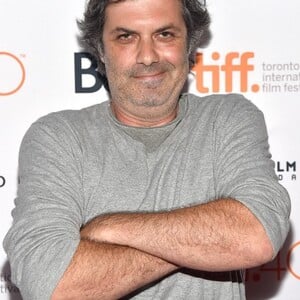