What is Ken Jennings' Net Worth?

Ken Jennings is an American game show contestant, host, and television presenter who has a net worth of $4 million. Ken Jennings became notable as a contestant on "Jeopardy!" and then served as the host of the show. Ken Jennings is best known for setting, and holding, the record for having the longest winning streak on "Jeopardy!". He won 74 straight games until Nancy Zerg was able to beat him during his 75th appearance.

Thanks to his streak, Ken Jennings holds the record for highest-earning American game show contestant. That record includes money won from appearances on other game shows. As of this writing, Ken has won $5,223,414 from appearing on five different game shows. His earnings break down as follows:

Contrary to what you might assume, Ken does NOT hold the record for most money won in a single day on Jeopardy. That record currently belongs to James Holzhauer who won $131,127 in a single day in 2019. It should also be noted that for many years Jeopardy forced contestants to "retire" after a five-day streak.

Jennings was born on May 23, 1974 in Edmonds, Washington. His full name is Kenneth Wayne Jennings III. His father worked as an international lawyer, which resulted in the family living abroad for a significant portion of Jennings 'childhood. He spent 15 years living in South Korea and Singapore. Jennings enrolled at the University of Washington after he returned to the United States. Before finishing his degree, he volunteered for two years as a missionary for The Church of Jesus Christ of Latter-day Saints in Madrid, Spain. Upon his return, he then transferred to Brigham Young University, where he played on the school's quizbowl team. He graduated in 2000.

Jennings was working as a software engineer at a healthcare-placement firm in Holladay, Utah when he applied to be a contestant on "Jeopardy!". He made it on to the show's 20th season on the episode that aired on June 2, 2004. After winning this episode, he began the longest-ever winning streak in the history of the show, winning 75 consecutive games before he was finally beaten by challenger Nancy Zerg on November 30, 2004. His total winnings amounted to $2,522,700. Jennings' streak lasted 182 day, as it was interrupted by a number of the annual "Jeopardy!" tournaments and events like Kids' Week, Tournament of Champions, and the College Championships. The 2004 presidential election also aired during this time period, pushing some of his episodes by a day.

During Jennings' streak on "Jeopardy!", the Nielsen TV National People Meter reported that the show's ratings were 22 percent higher during that season than that had been during the previous year. The show also ranked as TV's highest-rated syndicated program for several of Jennings' winning streak weeks. Jennings' success on the show also led to a few changes backstage on "Jeopardy!". New contestants were given more time to rehearse with the buzzers and the person managing the buzzer system also changed, as the original manager's consistent timing gave a competitive advantage to continuing players.

Following his streak on the show, Jennings appeared on a number of American television daytime and late night shows to talk about his experience. He made appearances on "Live with Regis and Kelly," "Late Show with David Letterman," and "Nightline." He also appeared on "Sesame Street" and on an episode of "Biography." 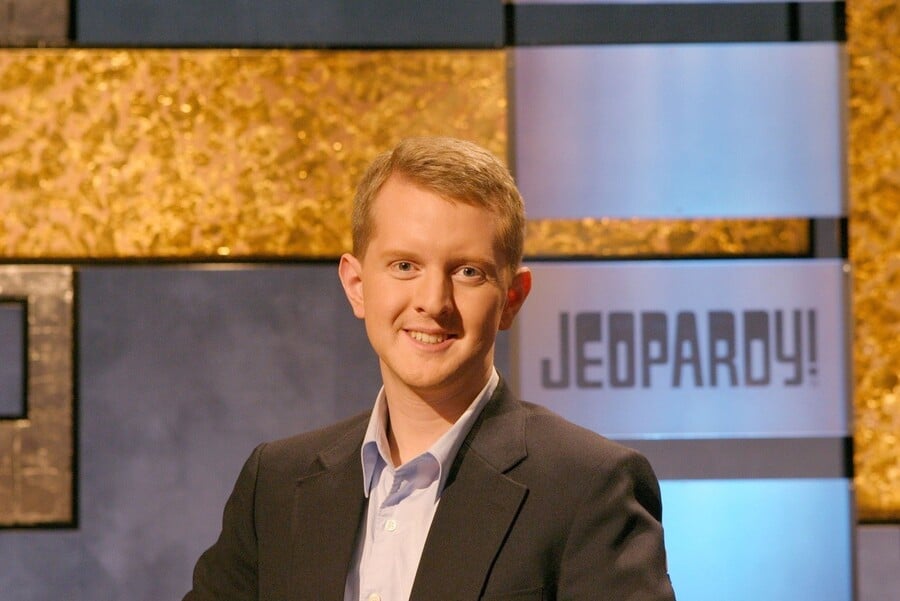 Jennings appeared again on "Jeopardy!" for their "Jeopardy! Ultimate Tournament of Champions," which featured winners from all of the show's various tournaments. Jennings ultimately came in second, winning the $500,000 prize. In 2011, he was again featured on "Jeopardy!", this time in their "IBM Challenge" in which he and another champion from the show battled Watson, the IBM computer. Jennings came in second and donated half of his $300,000 earnings to charity. In 2014, he competed in the "Jeopardy! Battle of the Decades" tournament in which he placed second. In 2019, he competed with 18 former champions in "Jeopardy! All Stars." His team came in second, bringing his total "Jeopardy!" winnings so far to $3,522,700. In 2020, he appeared with two other champions in the "Greatest of All Time" competition. Jennings won the competition and was crowned the overall champion, winning the grand prize of $1 million.

Outside of "Jeopardy!", Jennings has channeled his success into a number of other ventures. He has written several books, including "Brainiac: Adventures in the Curious, Competitive, Compulsive World of Trivia Buffs," "Ken Jennings' Trivia Almanac: 8,888 Questions in 365 Days," and "Maphead: Charting the Wide, Weird World of Geography Wonks." He has also written a number of books for kids in his children's series, "Junior Genius Guides." Additionally, he had a column in "Mental Floss" magazine called "Six Degrees of Ken Jennings" which ran from 2005 to 2010.

Jennings has also appeared on a number of other game shows. In 2006, he appeared in two episodes of NBC's "1 vs. 100." He also was a contestant on "Grand Slam" on the Game Show Network, as well as "Are You Smarter Than a 5th Grader." Other shows he appeared on include "Stump the Master," "Doug Loves Movies," and "Who Wants to Be a Millionaire."

He got in a little bit of hot water due to some of his tweets on Twitter. He has made several comments over the years that have been deemed insensitive or controversial, including one comment about Barron Trump, the son of President Donald Trump. He has ultimately apologized for many of his controversial comments.

After the death of long-time host Alex Trebek, Jennings was asked to serve as one of the show's guest hosts to complete the season. 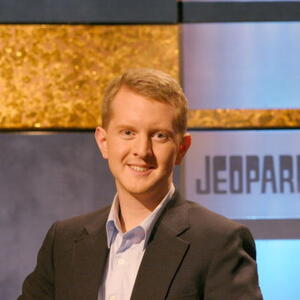