How much is Kelly Wearstler Worth?

Kelly Wearstler is an American interior designer who has a net worth of $50 million. Kelly Wearstler has earned her net worth as a judge on Top Design an American reality television series. Kelly was born in Myrtle Beach, South Carolina on November 21, 1967. Wearstler earned an BFA from the Massachusetts College of Art. Under the name Kelly Gallagher she was Playmate of the Month, for Playboy magazines, September 1994 edition. The New Yorker calls Wearstler "the presiding grande dame of West Coast interior design." As a distinguished interior designer Kelly has established the design and lifestyle experiences of both domestic as well as international resorts and hotels, including the Viceroy properties in Santa Monica, Palm Springs, and Miami. One of her most recent accomplishments include, Anguilla; the Tides in Miami Beach. She also redesigned the two Beverly Hills, CA resorts the Avalon and Maison 140.

Wearstler has also designed selects restaurants, offices, and retail establishments, in addition she has many high-profile and celebrity clientele from whom she has design their magnificent homes. She released a Los Angles Times bestseller, Modern Glamour: The Art of Unexpected Style published by Regan Books/HarperCollins, in 2004. Another publication from Wearstler is titled, Domicilium Decoratus, which features her former Beverly Hills residence. Her new highly anticipated new AMMO Books title, HUE, is an elegantly photographed and designed book that shows of some of her most recent designs, the celebrate the power of color. This new book is sure to be an inspirations to interior design and decorating fans. As an award winning designer Kelly was named a leader of style in 2010 by Town & Country; she was honored as one of House Beautiful's best designers; and highly recognized and regarded for her interior design work by Bon Appetite. She was also named one of the design world's top tastemakers by House & Garden; and member of the elite "Design 100" by Time Style & Design; and Modern Bride designated Kelly as one of the top 25 trendsetters of the year.

Where does Kelly Wearstler live? 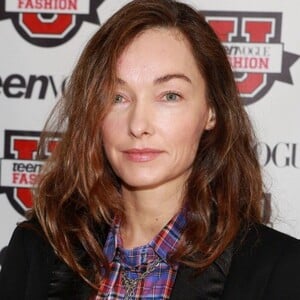