What is Kelly Osbourne's Net Worth?

Kelly Osbourne is an English singer/songwriter, actress, television personality, author, and clothing designer who has a net worth of $16 million. Kelly first became widely known when she starred with her family on the MTV reality show "The Osbournes" (2002–2005). She was a panelist and presenter on the E! network's "Fashion Police" from 2010 to 2015, and she competed on ABC's "Dancing with the Stars" in 2009, coming in third place.

Kelly has two siblings, Jack and Aimee, and two half-siblings, Louis and Jessica. She also has unofficial brother, Robert Marcato, who was taken in by the Osbournes after the death of his mother. During her youth, Kelly traveled around the world while Ozzy was on tour and lived in several homes in the U.S. and U.K. She studied at private schools in England, such as the Pipers Corner school.

In 2001, Osbourne appeared in the documentary "We Sold Our Souls for Rock 'n Roll," and the following year, she began starring on "The Osbournes" with her family (minus Aimee). The series aired 52 episodes over four seasons and won a Primetime Emmy Award for Outstanding Reality Program in 2002. "Rolling Stone" magazine described Kelly as "a wickedly funny, brutally honest, pint-size, potty-mouthed spitfire." In 2002, she released her first album, "Shut Up," and it hit #1 on the "Billboard" Heatseekers chart. Osbourne was dropped by her label, Epic Records, in 2003, and she released her follow-up, "Sleeping in the Nothing," on Sanctuary Records in 2005. In 2004, she joined the cast of the ABC teen drama "Life as We Know It" appearing as Deborah Tynan in all 13 episodes of the series. Kelly also created the rock-inspired fashion line Stiletto Killers that year, which sold hoodies, t-shirts, and sweatpants that were designed by Kelly and Ali Barone, the label's co-founder. In 2006, she played Wendy from "Peter Pan" in a production of the play "The Queen's Handbag" at Buckingham Palace Garden, modelled for Heatherette, lent her voice to the animated film "Live Freaky! Die Freaky!," and co-hosted "I'm a Celebrity…Get Me Out of Here! NOW!" on ITV2. 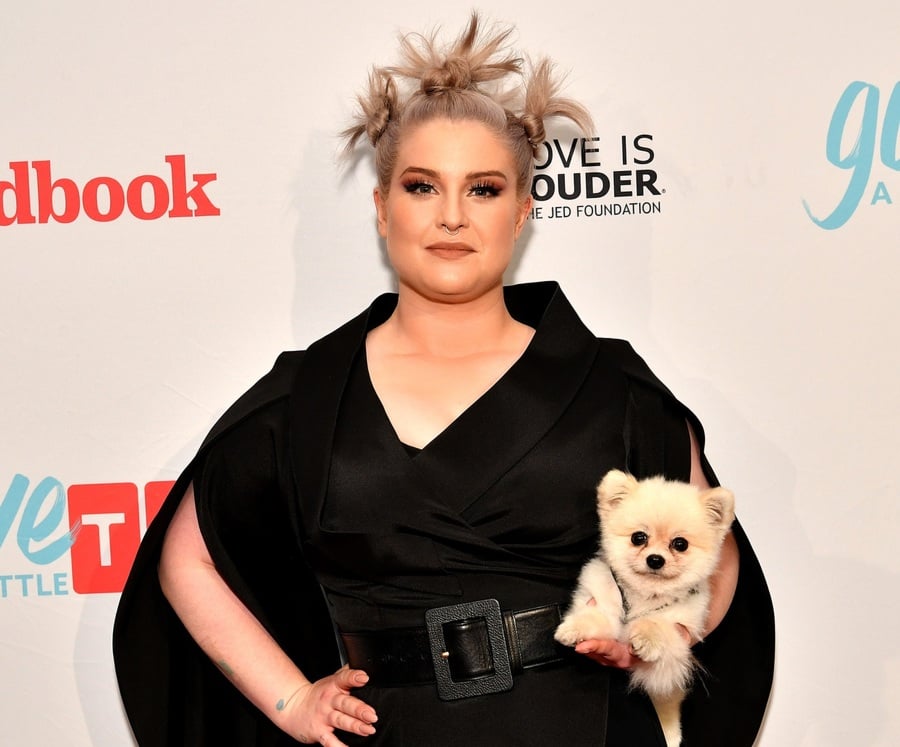 Osbourne hosted the reality series "Project Catwalk" in 2007 and 2008 after appearing as a guest judge in early 2006. She played Mama Morton in a Cambridge Theatre production of "Chicago" in 2007, and later that year, she hosted the BBC Radio 1 show "The Surgery." In 2009, Kelly guest-starred on "Hotel Babylon," appeared on "Osbournes: Reloaded" with her family, and made it to the finals of "Dancing with the Stars" with partner Louis van Amstel. In 2012, she starred in the film "Should've Been Romeo," guest-starred on "Drop Dead Diva" and "Are We There Yet?," and appeared as a guest judge on "America's Next Top Model" and "RuPaul's Drag Race." Osbourne appeared in Pharrell Williams' "Happy" music video in 2013 and played a flight attendant in 2014's "Sharknado 2: The Second One," and she began serving as a judge on "Project Runway Junior" in 2015. In 2016, she was a judge on "Australia's Got Talent" and guest-starred on "CSI Cyber," and she appeared on her father and brother's A&E series, "Ozzy & Jack's World Detour," in 2018. Kelly competed on "The Masked Singer" as the Ladybug in 2019, and in 2020, she appeared on "Celebrity Ghost Stories," "Celebrity Watch Party," "Celebrity Call Center," and "The Osbournes: Night of Terror," a family ghost hunt that aired on the Travel Channel.

Kelly was in a relationship with Matthew Mosshart from 2011 to 2014, and they became engaged in the summer of 2013. She was previously engaged to Luke Worrall, who she dated from 2008 to 2010, and she dated Bert McCracken, the lead singer of The Used in 2002. Osbourne began a relationship with Erik Bragg in August 2020. In 2013, Kelly collapsed during the filming of an episode of "Fashion Police" and had a seizure; she was taken to the hospital, and her rep later stated, "Doctors ran numerous tests and determined that this was most likely a onetime episode of which there are no conclusive results." Osbourne has struggled with drug addiction and tried to get sober for six years, going to rehab four times and spending three days in a mental institution after her mother had her committed.

In August 2019, Osbourne celebrated the fact that she had been sober for two years, writing on Instagram "I woke up this morning feeling overwhelmed with gratitude. I can't even put into words how much my life has changed over the last 2 years." A year later, she revealed that she had lost 85 pounds. Kelly is passionate about charity work, and in 2010, she won £20,000 for The Prince's Trust on the game show "The Cube." That year, she also supported the launch of Cyndi Lauper's Give a Damn campaign, which raised awareness of discrimination against the LGBT community. In 2012, Osbourne volunteered with the Salvation Army to help with recovery efforts after Hurricane Sandy.

Kelly was nominated for several Teen Choice Awards for "The Osbournes," winning TV – Choice Breakout Star, Female in 2002 and Choice TV Reality/Variety Star – Female in 2003. "Glamour" magazine named her Theatre Actress of the Year for "Chicago" in 2008, and she shared Behind the Voice Actors Awards with her "The 7D" castmates in 2015 and 2016. Osbourne was named Best Dressed Celebrity in High Street Fashion at the 2008 LK Today High Street Fashion Awards and Style Icon at the 2013 Young Hollywood Awards. She has also earned nominations from the MTV Video Music Brasil awards (Best Video International for "Papa Don't Preach") and the Sony Radio Academy Awards (Rising Star Award), and in 2005, she received three "Billboard" Music Award nominations: Top Hot Dance Single Sales Track and Top Hot Dance Airplay Track for "One Word" and Top Hot Dance Singles Sales Artist. 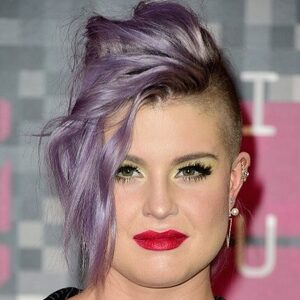