Kelly Bensimon net worth: Kelly Bensimon is a businesswoman, model, author and reality TV star who has a net worth of $20 million. Kelly Bensimon first became famous as a model for popular magazines, such as, Elle, Harpers Bizaar, Cosmo, and a six page composition of photos, as well as a cover picture for playboy. She has also done some modeling, as well as hosting, for GQ magazine. Not only is Kelly known for her professional modeling, but has shown her talent as a writer as well. She was the founding editor of Elle Accessories Magazine for a brief period and is the editor at large, for Hamptons and Gotham Magazines, as well as having her own weekly column in Keith Kelly's New York Post media column. Kelly is also the author of "In the Spirit of the Hamptons," "The Bikini Book," "American Style," as well as a book entitled, "I Can Make You Hot."

Being a writer and a model, isn't all Kelly has going for her. She also has her own line of jewelry, several in fact. Her style for fashioning jewelry is quite unique. She has designed them with pearls, metals, crystals, and religious medallions and combined them with materials such as fishing swivel, feathers, leather and whatever else her creative mind comes up with. Portions of her sales from her jewelry lines and her books are going to charities, such as, "Feeding America," and helping people all over the world to have clean water.

Kelly Bensimon is also a cast member of the Real Housewives of New York City and began her role in season 2 and continues to entertain to this day. Her fued with Bethanny Frankel has finally ended, with Bethanny quitting the show. Apparently they had a real confrontation on an episode of season three, which ended up being one of the most popular episodes televised that season. I guess the public loves drama.

Kelly Bensimon was born in Rockford, Illinois and went to Trinity College, in Hartford, Connecticut, for one year, but later graduated from Columbia University School of General Studies and earned her degree in Literature and Writing. Kelly married Gilles Bensimon (well known fashion photographer) in 1997 and divorced ten years later in 2007. They share two children together, Sea Louise Bensimon born in 1998 and Thaddeus Ann Bensimon, born in 2000. Kelly is Giles Bensimon's third ex-wife, and rumor has it, Kelly may have plans to wed again, in the near future. 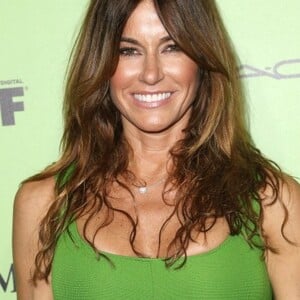