Keith Washington Net Worth: Keith Washington is an American R&B singer/songwriter who has a net worth of $500 thousand. Keith Washington was born on November 15, 1960, in Detroit, Michigan. He is one of the up-and-coming ballad vocalists in the '90s urban contemporary generation. Keith first enjoyed stardom with his US hit single "Kissing You", which is part of his 1991 LP Make Time for Love. This breakthrough track not only hit the charts, but it also could be heard as background music for an episode of soap opera General Hospital on ABC. What's more, "Kissing You" earned Keith a Grammy Award for Best R&B Vocal Performance Male and won a 1992 Soul Train Music Award for Best R&B/Soul Single – Male. The success that he reached resulted in duets with well established singers like Kylie Minogue, as well as few acting roles in such TV series as Martin, General Hospital and Poetic Justice. He released his follow-up LP, You Make It Easy, in 1993. After a lengthy hiatus, he resurfaced in 1998 with KW. Since, Keith Washington has branched out into radio and he can be currently heard hosting the nighttime "slow jams" show "Kisses After Dark" on Detroit radio station WDMK-FM 105.9 (Kiss-FM). He also unfolded that he plans to release a new album. As for his personal life, he is married to Stephanie Grimes, a general sales manager for WGPR-FM 107.5 in Detroit. 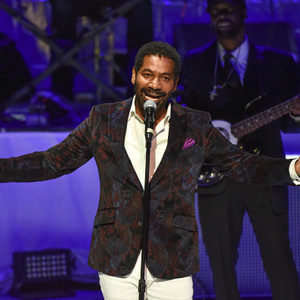