What is Keith Olbermann's Net Worth?

Keith Olbermann is an American sports and political commentator and writer who has a net worth of $25 million. Although Olbermann began his career by primarily focusing on sports, he later gravitated more towards politics. During the 1980s, he won a number of awards and honors for his role as a sportscaster in California. In the sports world, he is known for hosting "SportsCenter" from 1992 to 1997, and he also acted as a producer and anchor for Fox Sports Net and Fox's coverage of Major League Baseball.

During the 2000s, Keith emerged as a political commentator, first hosting the program "Countdown with Keith Olbermann" in 2003. He held this role until 2011, gaining a reputation as a fiercely left-wing ideologue with notable criticisms of conservative figures and policies. After leaving this show in 2011, he went on to host a show with exactly the same name, although it was broadcast by Current TV and not MSNBC.

He provided extensive coverage of the 2016 presidential election, and after Trump's victory he began hosting a show called "The Resistance with Keith Olbermann." Keith continued to host various sports shows, especially those that cover Major League Baseball, before leaving ESPN in 2020 to create a new political commentary program on YouTube.

Keith Theodore Olbermann was born on January 27th of 1959 in New York City. His father was a successful commercial architect and the family has primarily German heritage. However, Keith admitted later in life that his family has the "stain of Russian heritage." Keith has a well-known dislike for the Russian people. Raised in a Unitarian household alongside a younger sister, Keith grew up in a town called Hastings-on-Hudson in Westchester County.

From a very early age, Olbermann developed a love for baseball. He was initially inspired by his mother, who was an avid fan of the New York Yankees. During these early years, Keith diligently collected baseball cards. He later attended Hackley School, an elite private school and member of the Ivy Preparatory School League. During his time at Hackley, Olbermann started working as a play-by-play announcer for a local news station. He then enrolled at Cornell University at the age of 16, continuing his work with student-run radio stations. Olbermann eventually graduated from Cornell University in 1979 having earned a BS in communication from its College of Agriculture and Life Sciences.

After leaving college, Keith continued with his radio career before joining a very early form of CNN. During this period, he covered the Winter Olympics at Lake Placid and worked as a sports anchor and sportscaster in Boston and Los Angeles. In 1992, Olbermann officially joined ESPN, becoming an important part of "SportsCenter" for the next five years. He was known for hosting the 11 PM show alongside Dan Patrick, and he later won a number of honors and accolades for this work. He actually took a pay cut when he joined ESPN, as he was reportedly making around $475,000 at KCBS at the time. Although his ESPN salary started at $150,000, he was eventually earning $350,000 by the time he departed.

His departure from ESPN was filled with controversy. Initially, he was suspended for making an unauthorized appearance on "The Daily Show." Next, he departed from the network entirely amidst a bitter feud with ESPN's management. Olbermann then joined Fox Sports Net, becoming their new star anchor for sows like "National Sports Report," "Game of the Week," and "The Keith Olbermann Evening News." 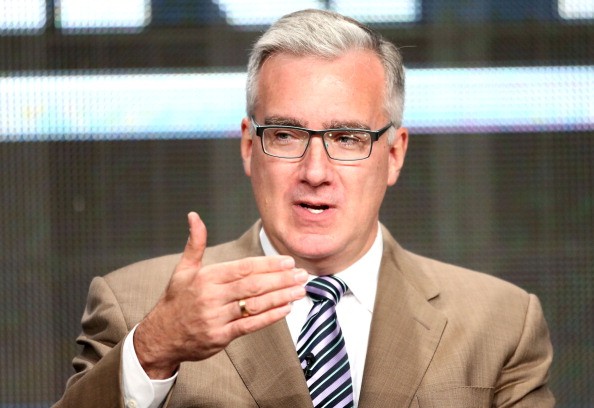 However, his association with Fox also ended in controversy after he criticized Rupert Murdoch, who owns Fox. In 2005, Keith returned to ESPN Radio. He then started hosting "Football Night in America" for NBC in 2007. He later returned to ESPN once again, although he was quickly suspended and terminated for making controversial comments.

Way back in 1997 when Olbermann first left ESPN, he ventured into political journalism by hosting "The Big Show with Keith Olbermann." From that point onward, Olbermann focused heavily on political commentary for the rest of his career, becoming famous for shows like "Countdown with Keith Olbermann" with MSNBC. In 2008, he signed a four-year contract extension with MSNBC reportedly worth $30 million. During this period, he developed a fierce rivalry with Bill O'Reilly. He was then suspended for making unauthorized political donations before eventually leaving MSNBC after his contract was terminated. Olbermann continued to further his career as a political commentator through networks like Current TV, and through his own YouTube channel.

In 2007, Keith Olbermann purchased a condo in Trump Palace. At the time of this purchase, there wasn't anything particularly controversial about buying a condo in the 55-story New York building. However, Olbermann eventually regretted his decision after Trump got into office. By 2016, he loudly complained that he couldn't "stand to live in a Trump building anymore," because of "the degree to which the very name 'Trump' has degraded the public discourse and the nation itself."

Keith originally purchased the condo for about $4.2 million. He then decided to sell the residence in 2016, and he eventually settled on a selling price of $3.8 million. It seems as though Olbermann was so eager to rid himself of any association with the then-president that he was willing to accept a $400,000 loss on the property. However, he later stated that the loss was worth it.

The condo features 1,750 square feet of living space, a chef's kitchen, and three separate outdoor spaces with spectacular views of the city. 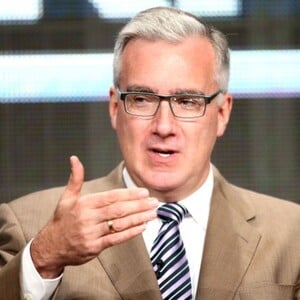