Katy Mixon Net Worth: Katy Mixon is an American actress who has a net worth of $10 million. Born in Pensacola, Florida, in 1981, Katy Mixon was born into a family of seven children. She earned her degree from the Carnegie Mellon School of Drama. In 2001, she landed her first acting role in a production of "Julius Caesar" with the Utah Shakespearean Festival while she was still in college.

Mixon has said she earned about twelve dollars for each performance of the show. Shortly after, she moved to Los Angeles, where she continued working as a stage actress at the Los Angeles Edgefest, appearing in "American Standard". She made her on-screen debut as Michelle Fell in the 2005 feature film "The Quiet". She went on to appear in "Zombie Prom", "Reinventing the Wheelers", "Small Town News", "Finding Amanda", "My Name is Earl", "and Four Christmases" before landing the part of April Buchanon on HBO's series "Eastbound & Down". Mixon scored several other small parts before joining the cast of the CBS hit series "Mike & Molly" as Victoria Flynn. Other TV and film credits include "State of Play", "Robot Chicken", "Drive Angry", "A Little Something on the Side", and "Psych". Mixon dated TV host and cook Bobby Deen for three years. 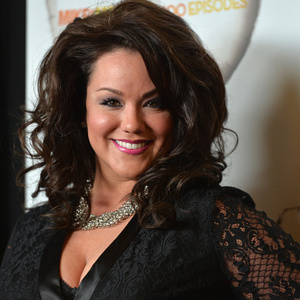