Katie Price net worth: Katie Price, AKA Jordan, is an English celebrity and former glamour model who has a net worth of $1 million dollars. Katie Price was born Katrina Amy Alexandra Alexis Infield on May 22, 1978 in Paddington, Brighton, England. She is perhaps best known for her time as a topless female glamour model in the British tabloid newspaper The Sun. Her rise to fame through this exposure, under the name Jordan, also brought with it notoriety of sorts for having had her breasts surgically enhanced. She has been the subject of many reality TV series which chronicled her often chaotic domestic life, beginning with a trio of documentaries by filmmaker Richard Macer of the United Kingdom. Price has had many highly publicized personal relationships. She has been married three times, to include singer Peter Andre (2005-2009), professional fighter Alex Reid (2010-2011) and builder and part-time stripper Kieran Hayler, whom she married in 2013. It is public knowledge that Hayler cheated on Price and the world speculated on the fate of their marriage as Price vacillated about whether or not she would stay with him because of their kids. In June of 2014, Price told 'Mirror' (celebrity news) that she felt that she owed it to her children to give Hayler a second chance, though she also said the reconciliation was not going smoothly.

Katie Price Bankruptcy: At the peak of her career in the mid-2000s, Katie's fortune topped $40 million. Amazingly, over the ensuing decade Katie blew through the majority of her fortune. In June 2019 her finances were in such disrepair that she was forced to file for a bankruptcy debt restructuring which a U.K. court granted. Dozens of creditors reportedly lined up to seek repayment of debts owed by Ms. Price. According to her bankruptcy arrangement, she will repay what she owes at somewhat reduced levels. She also reportedly owed millions in taxes. 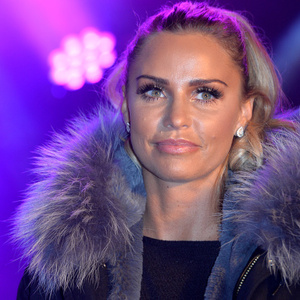