Kathie Lee Gifford Net Worth and Salary: Kathie Lee Gifford is an American TV host, actress, singer, and writer who has a net worth of $60 million dollars. Although Kathie Lee Gifford is certainly multi-talented, she is best known for her work as a talk show host. Over the years, she has become one of the most recognizable figures on television with hosting roles for NBC's Today and Live! with Regis and Kathie Lee. Over the course of her career, Gifford has been nominated for multiple Emmys, and she won her first in 2010. She married ex-NFL player Frank Gifford in 1986.

Early Life: Kathryn Lee Epstein was born on August 16th of 1953 in Paris, France. At the time, her father was serving as a Navy Chief Petty Officer for the US Navy. Kathie's mother was also American. Soon enough, the family relocated to Bowie, Maryland where Kathie attended high school.

Although she was raised in a family with Jewish heritage, she became a born-again Christian at age 12. During her high school years, Kathie Lee became a singer in a folk group. She continued to pursue music at Oral Roberts University in Tulsa, Oklahoma, where she studied drama and music.

Career: During the 1970s, Kathie Lee made a name for herself as a vocalist on the game show Name that Tune. By 1978, she was booking roles on shows like Hee Haw Honeys.

Kathie Lee's career began in earnest when she replaced Anne Abernathy as the co-host for The Morning Show on WABC-TV in 1985. The program later became Live! with Regis and Kathie Lee in 1988, and the show was nationally syndicated. At this point, Kathie Lee had already married the well-known Frank Gifford, and viewers were often treated with stories from inside her family home. After a long run that had made her one of the most well-known women in America, Kathie Lee Gifford left Live! with Regis and Kathie Lee in 2000.

In 2008, Kathie Lee Gifford joined NBC's Today show with a co-hosting role alongside Hoda Kotb during the fourth hour. After just one year, Kathie Lee Gifford helped raise Today's ratings by 13%. She left the show in 2019, and that year she also won an Emmy Award.

Outside of talk shows, Kathie Lee Gifford has appeared in a number of films and other television shows. In 1994, she appeared as herself in an episode of Seinfeld. In 1998, she worked as a voice actor on the animated TV series Hercules. In 2006, she starred in a concert performance of Annie at Madison Square Garden. Over the years, she has participated in many other musical theater productions. In 2010, she and her daughter appeared on The Suite Life on Deck. In addition, Kathie Lee Gifford had a cameo in Sharknado 3: Oh Hell No! 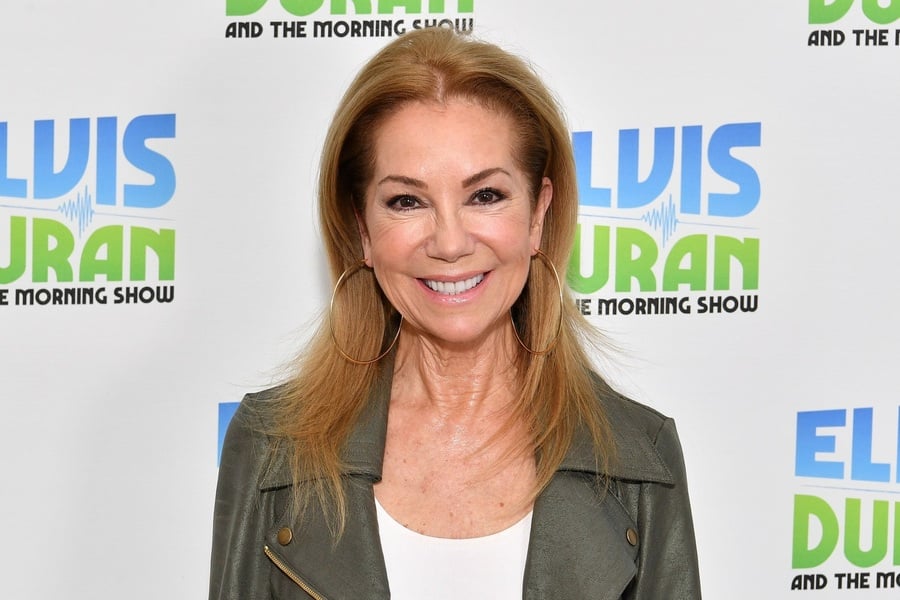 Further Ventures: After leaving Today, Kathie Lee Gifford embarked on a new career as an actress, director, and producer.  She aims to make a number of films in the future. Kathie Lee Gifford has endorsed Slim-Fast drinks in the past, and she has appeared in Carnival Cruise advertisements.

Relationships: Kathie Lee first married Paul Johnson, a Christian composer. Although they worked on various musical projects since their marriage in 1976, the relationship ultimately ended in divorce by 1982. In 1986, Kathie Lee married Frank Gifford, a man 23 years her senior. Over the course of their marriage, they had two children together. Frank passed away in 2015 from natural causes at the age of 85.

Inheritance: Frank Gifford died in August 2015 at the age of 85 and left his entire estate to Kathie. His estate included $10 million worth of liquid assets, a $2.5 million house in Florida, and a $22 million mansion in Connecticut.

Real Estate: Over the years, Kathie Lee Gifford has made significant investments in real estate, often alongside her late husband. In 2019, it was reported that she had purchased a $3.7 million home in Franklin, Tennessee after moving out of her longtime home in Connecticut. Franklin is an exclusive suburb on the outskirts of Nashville, and many other celebrities call this neighborhood home.

The brownstone home was built in 2008 and features a staggering 9,000 square feet of living space. Less than a year prior to this purchase, Gifford purchased another brownstone home in the same area, also for $3.7 million. This second property is smaller than the first with a square footage of 7,965.

Back in 1998, Kathie Lee and her late husband purchased a quaint getaway home in Nantucket for $5.8 million. The house is situated on an oceanfront property in a quiet, remote location of the island. Initially, the couple purchased a different Nantucket property, but the home was too close to the sidewalk and didn't afford the couple enough privacy.

In 2018, it was reported that Kathie Lee Gifford was selling a property in picturesque Key Largo, Florida. Kathie Lee Gifford inherited the mansion as part of her late husband's estate, and she initially put it on the market in 2017. After failing to find a buyer, Gifford relisted the home in 2018 for $10.5 million. Kathie and her husband initially purchased the 11,419-square-foot property in 1998 for a mere $3.9 million.

Kathie Lee Gifford continued to live in her massive, $22 million mansion in Connecticut following the passing of her husband. Situated in the exclusive Riverside neighborhood of Greenwich, the Spanish revival home features white stucco and red roof tiles. Another notable feature is the massive, sprawling lawn that covers the extensive outdoor area.

Kathie Lee Gifford's home suffered significant damage during Hurricane Katrina. Eventually, she decided to move out of the large mansion after admitting that it felt "lonely" and "like a morgue." However, she didn't sell the property and apparently has no plans to do so. 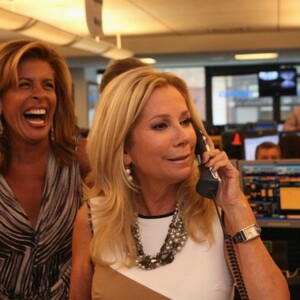