How much is Kate Middleton's Family Worth?

Kate Middleton's Family net worth: Kate Middleton's Family consists of her mother Carole Middleton, her father Michael Middleton, her sister Pippa Middleton, and her brother James Middleton. Michael was born in Leeds, England in 1949. He was educated at Clifton College and worked as a flight attendant and flight dispatcher. Michael is also a first descendent of King Edward III. Carole was born in Ealing, England in January 1955. She met Michael when they were both flight attendants for British Airways and were married in 1980. Pippa Middleton was born in Reading, Berkshire, England in September 1983. She is a socialite, author, and columnist who is known for her fashion sense. She graduated from the University of Edinburgh. James Middleton was born in Reading, Berkshire, England in April 1987. He is a businessman who runs the Cake Kit Company which makes cakes and cake making kits. James graduated from Marlborough College and Edinburgh University. 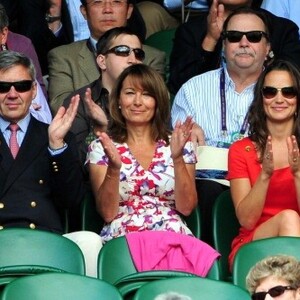