What is Kat Von D's Net Worth?

Kat Von D is a Mexican-born, Argentinian-American reality television star, entrepreneur, and tattoo artist who has a net worth of $30 million. Kat Von D is a widely recognizable figure due to her appearances on the shows Miami Ink and LA Ink. Over the years, Von D branched out significantly, starting her own cosmetics company and a number of other successful business ventures.

Katherine Von Drachenberg was born on March 8th of 1982 in Montemorelos, Nueva Leon, Mexico. She was raised alongside two siblings by parents who are Argentinian-born Seventh-Day Adventists. At the age of four, Katherine moved with her parents to Colton, California.

She quickly became passionate about music, and although she was trained in classical piano as early as age 6, she eventually gravitated towards bands like the Ramones, Misfits, and other punk bands. By the age of 14, she got her first tattoo done. Two years later, she dropped out of school to pursue a full-time career as a tattoo artist. Kat Von D has German, Italian, and Spanish heritage.

Several years after beginning her career as a tattoo artist, Kat Von D appeared in the first season of Miami Ink in 2005. She was given the opportunity after another main cast member injured his arm, prompting production staff to replace him with Von D. Eventually, she returned to the show as a full-time cast member, spending a total of three seasons on the show. After an argument with Ami James, the co-owner of the tattoo shop, Kat Von D decided to quit.

After she parted ways with Miami Ink, Kat Von D was given the opportunity to star in her own reality TV show called LA Ink. The show focused on her efforts to run her own Hollywood-based tattoo shop called High Voltage Tattoo. LA Ink became quite popular, and Kat Von D set a new record during filming when she provided 400 individuals with tattoos within 24 hours. Ultimately, Von D decided not to continue with the show, and it was canceled after its fourth season in 2011.

Outside of these reality shows, Kat Von D has appeared on TV shows such as Pimp My Ride, MADtv, I Love Jenni, and Life in Pieces. She also appeared in films like The Bleeding and Lemmy before serving as a narrator for the documentary Dominion. 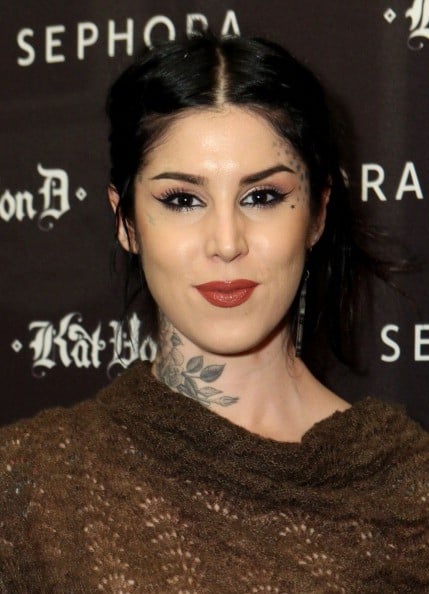 Kat Von D also has a small but notable career in music. In 2012, she provided lead vocals for the Gothic band The 69 Eyes for their song "Rosary Blue." She also collaborated with groups such as Gunship and IAMX.

Kat Von D launched her first makeup line for Sephora in 2008. This sparked the beginning of a long business relationship that allows Kat Von D to release new cosmetics lines each year. In addition, Kat Von D started her own beauty brand, which she named after herself. Her beauty products are always vegan and cruelty-free. In 2020, she sold her beauty brand to the conglomerate LVMH. 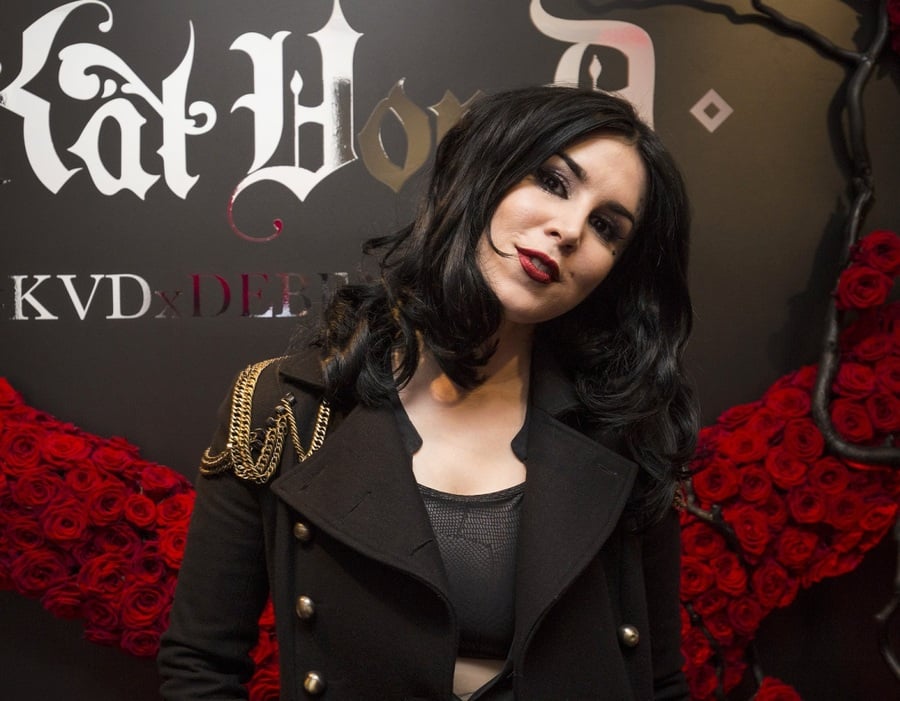 In 2003, Kat Von D married Oliver Peck – another tattoo artist. Their divorce was finalized in 2007. Kat Von D then began a romantic relationship with Alex Orbison, the son of singer Roy Orbison. Much of their relationship was documented in episodes of LA Ink, although the relationship ended by 2008.

Kat Von D dated Motley Crue bassist Nikki Sixx for two years before beginning an on-and-off, often controversial relationship with Jesse James. She and the owner of West Coast Choppers ultimately called things off in 2011 despite becoming engaged multiple times. In 2012, she began a relationship with Joel Zimmerman, better known by his stage name as Deadmau5. They too became engaged at one point, although Von D once again ended the relationship before the marriage took place.

In 2018, Kat Von D married Rafael Reyes, a musician and member of the band Prayers who is generally credited for creating the "Cholo Goth" genre. Also in 2018, the couple had their first child together.

In 2011, Kat Von D purchased a Gothic mansion in Los Angeles for $2.175 million. The property features 4,148  square feet of living space, a gated driveway, a guesthouse, and "castle-like" construction dating back to the 1920s.

Kat Von D subsequently adjusted the interior decor to fit with her tastes, adding spooky paintings, strange figurines of animals, and melted candles that dripped onto the floor and the fireplace. Two years later in 2013, it was announced that Von D was selling this home with an asking price of $2.5 million. She did not find a buyer, which turned out to be a good thing, because she re-listed it in July 2020 for $3.4 million.

In 2016, Kat Von D purchased another home in Los Angeles, this time in Hancock Park. The 11-bedroom home has quite a history, as it was once featured in the film Cheaper by the Dozen. The home's original construction dates way back to the 1890s, and it wasn't until 1915 that the mansion was picked up and moved to its current location. With a 27,000-square-foot lot and over 12,000 square feet of living space, the home definitely classifies as a mansion.

It also offers the kinds of eccentric interior features that a woman like Kat Von D appreciates – plus a pool in the back yard for good measure. Kat Von D acquired the property for quite a steal, as she paid $6.5 million instead of the original $8.195 million asking price. 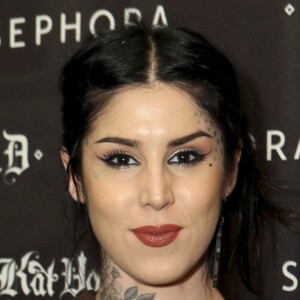