The Kardashian Family Net Worth

Kardashian Family Net Worth: The Kardashian Family is an American family who has a combined net worth over $2 billion.  The Kardashian family is of Armenian nationality on patriarch Robert Kardashian's side and Dutch, English, Irish, German, and Scottish on Kris Jenner's side. Robert Kardashian and Kris Houghton got married on July 8, 1978. He is best known for representing O.J. Simpson in his murder trial of his ex-wife Nicole Brown Simpson and her friend Ron Goldman. They have four children: Kourtney was born in 1979, Kim in 1980, Khloe in 1984, and Rob Jr. in 1987. Robert and Kris divorced in 1991. They remained close friends until his death in 2003 from esophageal cancer.

Kris married retired Olympic decathlon athlete Bruce Jenner in April 1991, just one month after her divorce from Robert Kardashian became final. Bruce came out as a transgender woman in 2015 and is now Caitlyn Jenner. Kris and Caitlyn have two daughters: Kendall born in 1995 and Kylie, born in 1997.

The family has been featured on the E! reality television series "Keeping Up with the Kardashians" (and its various spinoffs) since October 2007. The family was estimated to make $65 million in 2010. They signed a deal with E! to keep the show on the air for three more years in 2012 for $40 million. It is said that they earned $10 million per season of the show. The 18th season of "Keeping Up With the Kardashians" premiered in March 2020.

Net Worth Details:
Robert Kardashian sr net worth: $30 million
The late Robert Kardashian was born in Los Angeles in 1944. He attended the University of Southern California where he met O.J. Simpson and befriended him. Kardashian was the waterboy for the football team that O.J. Simpson was an integral member of. Kardashian went to law school at the University of San Diego. He practiced law for a decade before founding "Radio & Records," a trade publication in 1973. He sold the publication for a considerable profit in 1979. Kardashian also came up with the idea of playing music as filler in movie theaters. The idea proved to be profitable, and he started a company called Movie Tunes based on this premise. Robert Kardashian then connected with his old friend from college, OJ Simpson, to start a frozen yogurt company called Juice, Inc. They eventually started a music video production company called Concert Cinema. During this time, the Kardashian family and the Simpson family became extremely close, and a sense of loyalty was established between the two households. OJ was so close to Robert Kardashian that he served as the best man at the latter's wedding. Then, in 1994, Simpson allegedly murdered his ex-wife Nicole Brown Simpson and her friend Ron Goldman and Simpson turned to his old college friend for representation in the murder trial. Robert died on September 30, 2003.

Kris Jenner net worth: $170 million
In 2007, Kris Jenner had an idea. She met with Ryan Seacrest and pitched him the idea for a reality show that would feature Kris and her kids. She was re-fashioning her girls as celebrity influencers. Kris got the idea for the show from producer Deena Katz, who was friendly with Jenner and her kids and saw entertainment value in a show centered on her eccentric clan. Seacrest had his own production company and sent a cameraman to capture the family in their natural habitat home life. He reviewed the footage and decided to move forward with the project, keeping the popular MTV show "The Osbournes" in mind as an inspiration. From there, "Keeping Up with the Kardashians" was born. The show was picked up E! entertainment network, and Jenner moved forward as executive producer. The show highlights the drama that comes with having a blended, celebrity family and many children of similar ages. It also focuses on the business ventures and personal lives of the Kardashian and Jenner kids. Debuting on October 14, 2007, "Keeping Up with the Kardashians" has joined the ranks of one of the longest-running American reality television series. Kris serves as manager for her daughters' various endeavors and is part owner of both Kylie Cosmetics (10%) and KKW Beauty (8%). Jenner sold half her stake in Kylie Cosmetics in November 2019 at a value of $30 million. Her 8% stake in KKW is worth $80 million.

Kourtney Kardashian net worth: $45 million
Kourtney Kardashian is the oldest child of Kris Jenner and Robert Kardashian. She appeared on the 2005 reality TV series "Filthy Rich: Cattle Drive," on which she earned money for charity alongside George Foreman III and Brittny Gastineau. Kourtney began dating Scott Disick in 2006.  They met at friend Joe Francis's house party in Mexico. The couple has had an on-again, off-again relationship, all throughout the filming of the show. Kourtney gave birth to their first son, Mason Dash Disick, on December 14, 2009. Mason's birth was filmed and aired during the 4th season of "Keeping Up with the Kardashians." On July 8, 2012, Kourtney gave birth to their second child, daughter Penelope Scotland Disick and on December 14, 2014, to their third child, a son, Reign Aston Disick, on Mason's 5th birthday. In 2015, the couple announced that they were separating. 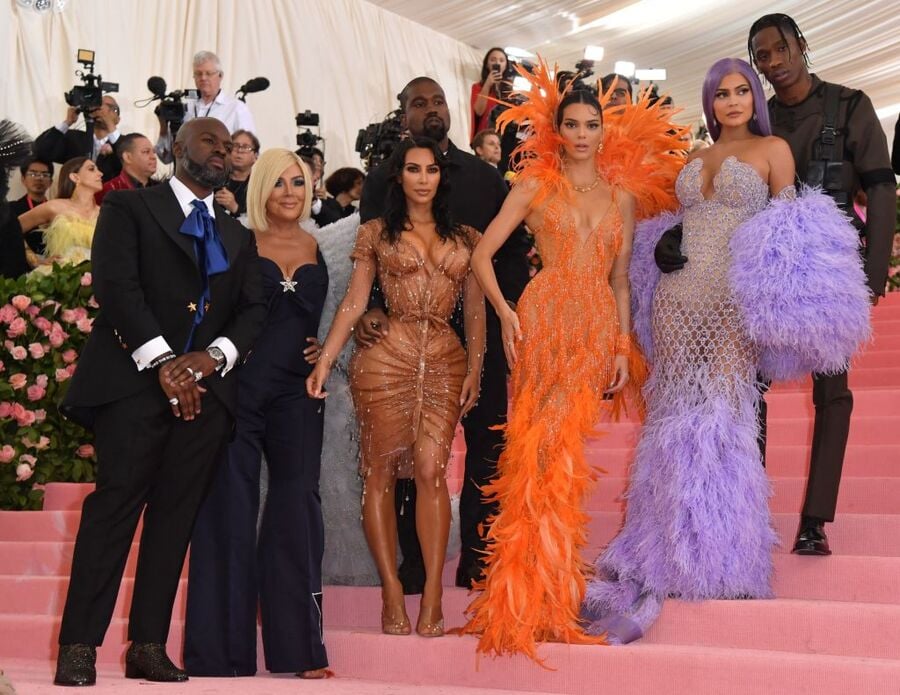 Kim is, of course, married to Kanye West and they have four children: North, Saint, Chicago, and Psalm.

Khloe Kardashian net worth: $50 million
In 2007, Khloe and her family became the focus of a reality television series called "Keeping Up with the Kardashians." It follows the drama, exploits, and professional pursuits of the Kardashian family. The series' success has led to spin-offs including "Kourtney and Khloé Take Miami", which documented Kourtney and Khloe's move to Florida to open one of their DASH clothing stores, and "Khloé & Lamar". "Kourtney & Khloe Take the Hamptons" followed Khloe, Kourtney, and Scott Disick in their move to the Hamptons to open the New York DASH store along with a pop-up. It lasted one season and ten episodes. Khloe also competed on "Celebrity Apprentice" in 2009.

Rob Kardashian Jr. net worth: $10 million
Rob Kardashian is a talent agent who was integral to the formation and success of the pop group BG5. The group, originally managed by his mother Kris, has appeared on television on "Keeping up with The Kardashians." In 2012, Kardashian served as one of the final judges of Miss USA. Also in 2012, Kardashian participated in a dating game show on Fox called "The Choice."

The reality series spin-off "Rob & Chyna" premiered in September 2016. It followed Rob Jr.'s relationship with model Blac Chyna as they prepared to have their first baby. There were six hour-long episodes and a special featuring the birth of their daughter Dream, and the show concluded that December. Rob Kardashian has also appeared on the popular TV game show "Dancing with the Stars," during the show's 13th season. He was paired with Cheryl Burke and ended up making it further than his sister Kim Kardashian did during her appearance in season seven of the show. Kardashian came close to being eliminated in the fourth week but ended up being the most improved dancer and advancing to the finals with Burke. Cheryl and Rob ended up in second place.

Caitlyn Jenner net worth: $100 million
Bruce Jenner, now known as Caitlyn Jenner, is an Olympic gold medalist, corporate spokesman, and reality television star. Caitlyn Jenner is best known for being a voice for the transgender community after spending the first 65 years of her life as former Olympic Gold Medal-winning decathlete Bruce Jenner. As Bruce, she was married to Kris Jenner from 1991 to 2015 and has two children: Kendall Jenner and Kylie Jenner.

Kylie Jenner net worth: $700 million
We first began tracking Kylie's wealth in November 2011. At the time we estimated that the then 14-year-old had a net worth of $300 thousand. In June 2013 we raised our estimate to $2 million. By mid-2014 her net worth had doubled to $4 million. She first crossed $10 million in July 2016. Kylie's net worth started to skyrocket around mid-2017. In June 2017 we pegged her net worth at $50 million. In July 2018 we raised that number to $200 million. As of mid-2019, we estimated her fortune at $300-400 million, much of which is paper-wealth based on the value of Kylie Cosmetics. The vast majority of her net worth comes from her company Kylie Cosmetics. In November 2019, Kylie sold 51% of her company to Coty Inc. for $600 million. Valuing the company as a whole at $1.2 billion. As of May 2020, that value has declined significantly. Kylie definitely earned around $340 million after taxes from the sale, but the value of her remaining 45% stake in the brand has gone down significantly.

Kylie has a daughter, Stormi, with rapper Travis Scott. 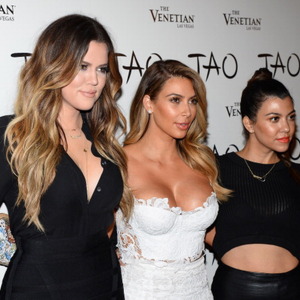