Kara DioGuardi net worth: Kara DioGuardi is an American songwriter, producer and TV host who has a net worth of $25 million. Kara DioGuardi has had over 250 of her songs recorded and released on studio albums. She is a producer and music publisher and is the current Executive Vice President of Talent Development at Warner Bros Records. She was also a judge on Seasons 8 and 9 of "American Idol'. DioGuardi got her introduction to the music industry shortly after college with a job selling advertising for Billboard magazine. As a songwriter, DioGuardi has collaborated with such music recording artists as Kylie Minogue, Lindsay Lohan, Jessica Simpson, Santana, Celine Dion, Britney Spears, and American Idol alumni Adam Lambert, Kelly Clarkson, David Archuleta, and Clay Aiken. DioGuardi co-founded Arthouse Entertainment, a music production and publishing company that has released such hits as Come Clean by Hilary Duff, What's Left of Me by Nick Lachey, and Grammy nominated single Rich Girl by Gwen Stefani. Sober, a song that DioGuardi co-wrote for singer Pink, was nominated for a Grammy Award. DioGuardi's vocals has been heard on The Middle, a song by Demi Lovato, Celine Dion hits One Heart and Reveal (which DioGuardi also co-wrote), and in the mock band Platinum Weird, which DioGuardi formed with ex-Eurythmics founder Dave A. Stewart. Her songs have been heard on many films, television and commercials including Glee, Hannah Montana, Get Smart, and Smallville. To date, DioGuardi has won eleven BMI Awards. 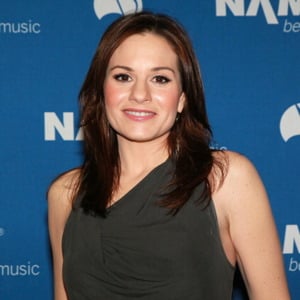